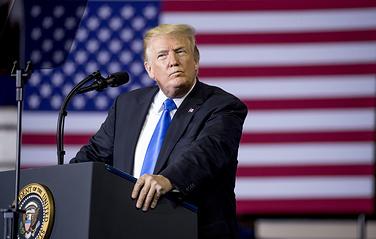 Washington, October 15. /TASS/. China poses a bigger problem for the United States compared to Russia in terms of interfering into the American presidential election in 2016, President Donald Trump said in an interview with CBS television channel.

“Because I think China meddled also,” Trump said. “And I think, frankly, China is a bigger problem”.

The FBI and the intelligence committees of the US Senate and House of Representatives have been pursuing a probe into Russia’s alleged interference in the 2016 US presidential election led by Special Counsel Robert Mueller.

In connection with the investigation, which has been going on for more than a year, charges have been brought against several Russian citizens, as well as against five Americans and one Dutch national. On July 13, US Deputy Attorney General Rod Rosenstein announced charges against another 12 individuals who were said to be Russian intelligence officers.

US President Donald Trump and the key members of his team have been repeatedly rejecting all the accusations concerning collusion between the Trump campaign and Russia. Moscow has also been refuting these allegations.

On July 16, Russian President Vladimir Putin reiterated at a joint press conference with his US counterpart Donald Trump that Moscow had not meddled in election processes in the United States and was ready to cooperate with Washington within a joint working group on cyber security.