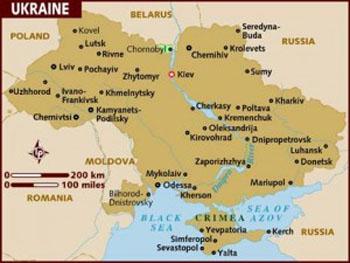 Scuffles broke out as members of a Ukrainian nationalist group tried to destroy Soviet-era monuments during a protest in Kiev on Sunday.

During the rally, activists and representatives from the Organization of Ukrainian Nationalists (OUN) attempted to bring down a monument at the Arsenal plant in Kiev.