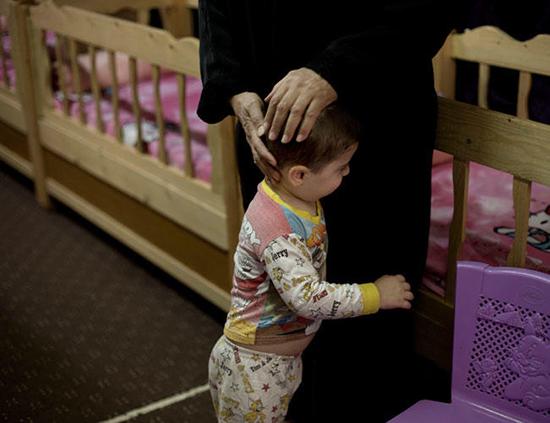 Approximately 450 Turkish children are staying in Iraqi orphanages or are jailed in the Rusafa prison in Baghdad after being abducted by their ISIL member parents, daily Vatan reported on Oct. 15.

Two of such children are an eight-year-old boy and a six-year old girl whose mother, an ISIL member, died a couple of years ago, the daily said. The two children are waiting to be rejoined with their father in Turkey.

Turkish police were provided the relevant photographs of the kids by the Iraqi authorities, enabling their father, Yılmaz K., to verify that eight-year-old Umut K. and six-year-old Nisa K. were his children.

“I have seen my children [their photographs] for the first time years later. And now they are in my dreams every night. I crave to see my children’s faces, hear their voices. I wish I had a chance to go there and get my children. The last time I had spoken with him, Umut had said, ‘Father, we miss you a lot.’ His voice is still in my ears. My only wish from our state is that they bring my children to me. I have no longer power left in me to go on,” Yılmaz K. was quoted as saying by the newspaper.

The father’s plea came after Turkey’s state-run Anadolu Agency reported last week that 17 Turkish children have been recently brought back to Turkey after being stuck in Baghdad’s Salihiye Orphanage when their parents had also joined ISIL.

“You also come to Syria. Let us die on the path of Allah,” she reportedly told him.

Afterwards, Fatma K. took her children to Iraq and married another ISIL member named Muhammet Çelik, who was on the Turkish Interior Ministry’s “wanted terrorists list.” Çelik was killed in Iraq in 2015 while fighting for ISIL. A while after that, Fatma K. also lost her life. Yılmaz K. said Fatma K. had put him in touch with their children via telephone in September 2016.

Following their mother’s death, Umut K. and Nisa K. were handed to the Iraqi army. Until recently, Turkish authorities were of the knowledge that the two children were in Baghdad’s Salihiye Orphanage, but recently, they have gained intelligence that the two siblings are currently jailed in the Rusafa prison.