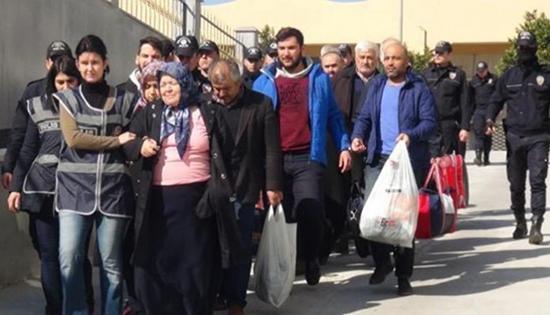 The Turkish Interior Ministry announced on Monday that 466 people were detained over the past week (Oct. 8-Oct. 15) due to alleged links to the faith-based Gülen movement.

Detention warrants were issued for 459 people between Oct. 1 and Oct. 8 on suspicion of links to the movement.

A total of 19,708 people had been detained over alleged links to the movement by the end of September 2018.

Erdoğan also accuses the Gülen movement of masterminding a coup attempt in July 2016.

Despite the movement strongly denying involvement in the failed coup, Erdoğan launched a witch-hunt targeting the group following the abortive putsch.

According to the TurkeyPurge.com website, the total number of people dismissed after the 2016 coup attempt exceeds 170,000.

The European Commission said in a report on April 17 that since the introduction of a state of emergency on July 20, 2016, over 150,000 people were taken into custody and 78,000 were arrested.

Turkish Interior Minister Süleyman Soylu on Dec. 12, 2017 said 234,419 passports had been revoked as part of investigations into the Gülen movement since a failed coup.