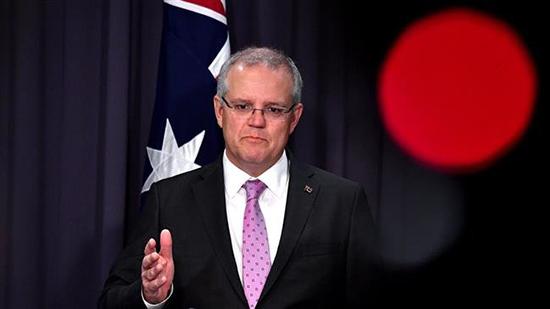 Australia says it is considering recognizing Jerusalem al-Quds as Israel’s “capital” and relocating its embassy to the occupied Palestinian city just as the US did earlier this year in a move that drew draw harsh criticism both from Palestinians and the international community.

Australian Prime Minister Scott Morrison raised the issue during a phone conversation with his Israeli counterpart, Benjamin Netanyahu, on Monday.

Media reports have suggested that the possible shift in Canberra’s foreign policy is related to the October 20 by-election in Wentworth, which has a Jewish community of about 12.5 percent.

They also noted that Morrison’s proposal credited Dave Sharma, the Liberal party’s Wentworth candidate, who was formerly the Australian ambassador to Israel.

Morrison told reporters that he would make an announcement on Tuesday regarding Jerusalem al-Quds and Australia’s ‘No’ vote for a UN resolution allowing Palestine to chair the Group of 77.

He further claimed that Australia’s decision on Jerusalem al-Quds would not change the country’s longstanding support for the so-called two-state solution to the decades-long Israeli-Palestinian conflict.

Morrison also stressed that Sharma had convinced him to consider the policy shift on Jerusalem al-Quds.

“I am open to further pursuing (moving the embassy) and doing that together with Cabinet colleagues,” The Daily Telegraph quoted Morrison as saying. “I am saying I’m open to considering it.”

Reacting to the news, the Palestinian ambassador to Canberra hit out at Morrison’s “deeply disturbing” plan, urging Australia to “exercise caution.”

In a strongly-worded statement, Izzar Abdulhadi warned that the embassy relocation would “make Australia a pariah state” and damage “Australia’s international standing and … relations with Arab and Muslim-dominated countries.”

US President Donald Trump recognized Jerusalem al-Quds as the “capital” of Israel last December and moved the American embassy to the ancient city in May.

The contentious move sparked angry reactions from Palestinians and drew large-scale criticism from the international community.

President Mahmoud Abbas formally declared that Palestinians would no longer accept the US as a mediator to resolve the conflict because Washington was “completely biased” towards Tel Aviv.

Guatemala and Paraguay also followed the US in its policy shift and recognized Jerusalem al-Quds as the Israeli “capital,” but Paraguay later reversed its decision.

Israel lays claim to the whole Jerusalem al-Quds, but the international community views the city’s eastern sector as occupied territory and Palestinians consider it as the capital of their future state.