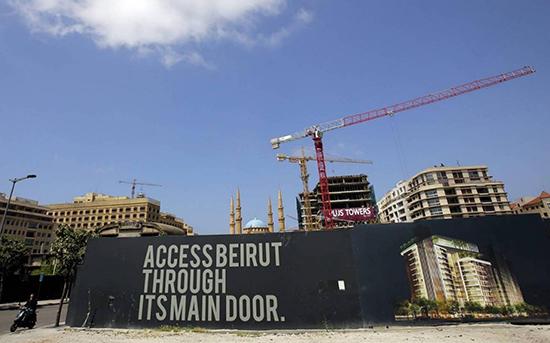 Beirut is the only Middle Eastern city among the 15 most expensive cities globally for expatriates.

BEIRUT: EuroCost International’s 2018 cost-of-living survey for expatriates ranked Beirut in seventh place globally, compared to the eighth place in 2017 and to 13th place in 2010, according to Lebanon This Week, Byblos Bank’s economic newsletter.

The recently released EuroCost report added that Beirut continued to have the highest cost of living for expatriates in the Middle East starting with their report six years ago. The latest survey attributed the elevated cost of living in Beirut to the high rental rates in the capital.

Meanwhile though not of direct importance to expat corporate executives who presumably have somewhat fat  expense accounts, for locals the cost of housing in Lebanon, including Beirut constitutes, numerous problems. Particularly for student and new graduates, who find themselves living in group apartments to enable housing affordability. According to the Ministry of Labor, the averalage monthly wage in Lebanon is $450, with their most recent data being from 2012.

The EuroCost survey compares the cost of living for expatriates in major locations worldwide. While including rental costs, it excludes healthcare and education costs. The rankings are based on prices collected in June 2018 and were updated based on the exchange rates during the month of September.

The survey shows that the cost of living for expatriates in Beirut is lower than in Geneva, Seoul and Singapore, and higher than in London, Zurich and New York City. Beirut is the only Middle Eastern city among the 15 most expensive cities globally for expatriates.

Three new cities, which are Boston (26th place), Washington DC (27th place) and Paris (30th place), joined the top 30 list in this year’s survey. Overall, the rankings of 18 cities increased, reflecting a rise in their cost of living, while the rankings of 11 cities declined among the 30 most expensive cities in the world.

EuroCost International attributed the significant changes in the rankings to exchange rate fluctuations. Hong Kong came in first place and replaced Luanda, the capital of Angola, as the most expensive city in the world for expatriates in 2018. In fact, the devaluation of the Angolan kwanza reduced the cost of living in Luanda, which led its rank to regress to 14th place in 2018.

EuroCost International specializes in corporate expatriation and conducts expat cost of living surveys in more than 290 locations worldwide. Those data are used by HR professionals to calculate their expat remuneration packages.

EuroCost International cost of living indices are updated four times a year (in March, June, September & December). They are based on a cost of goods, such as housing, and based on the consumption habits of expatriates and can be customized to fit any company’s or organization’s salary policy. Those indices are available on a city-to-city comparison basis.