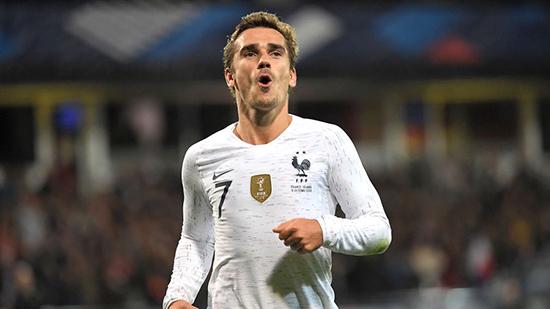 The latest round of UEFA Nations League games sees Ireland take on Wales and we pick out our best bets for Tuesday’s games.

One of the earlier kick-offs comes in League D as Macedonia look to wrap up top spot with victory over Armenia.

They have enjoyed a perfect start to their UEFA Nations League campaign with three wins, scoring eight goals and conceding just one – that includes a 2-0 win over Armenia in the reverse fixture.

The hosts are struggling in this tournament, with a surprise defeat at home to Gibraltar putting a huge dent in their aspirations for promotion to a higher tier.

They also have one win in their last five outings, which makes coming up against a Macedonia side unbeaten in that spell with three wins very difficult.

As is suggested with the high number in their ‘goals for’ column, Macedonia have players who know where the net is. Aleksandar Trajkovski, Leeds man Egzijan Alioski and veteran striker Goran Pandev have all contributed so far.

Alioski looks good value to score again here given his presence down the left-hand side. The 26-year-old managed 89 touches and 69 passes in the win with an 87% pass accuracy over Liechtenstein, alongside scoring a goal.

Expect him to be involved again here – and a price of 15/4 for him to score anytime looks good value despite switching between the left-back and left-wing roles.

France will be able to wrap up top spot in Group 1 with victory over Germany – and the hosts should grab all three points on offer.

Germany are a side seemingly on a downward spiral. They finished bottom of Group F at the World Cup and have failed to win either of their first two games in the Nations League.

Defeat here could leave them facing the prospect of relegation, meaning that they would have to beat the Netherlands in their final meeting in November.

This France side is one with goals in them. Olivier Giroud, Antoine Griezmann and Kylian Mbappe are the stars in attack while a midfield of N’Golo Kante and Paul Pogba can contribute going forward.

A Germany back four of Matthias Ginter, Jerome Boateng, Mats Hummels and Jonas Hector came undone last time out as the Netherlands put three past them, and they face a real possibility of a repeat given the calibre of player they are coming up against.

A home win looks likely here at 3/4 odds-on – but backing that with over 1.5 goals comes in at 21/20 which seems great value when you look at recent track record.

It’s a potential relegation decider at the Aviva Stadium as Republic of Ireland need a win to stay in this league when they take on Wales.

The boost for the hosts is the fact that Wales will be without star player Gareth Bale, who misses out through injury, and that leaves a big gap for them to fill.

Bale is a world class talent who has played a significant part in Wales achieving what they have in recent seasons. His performances for Real Madrid have firmly put him amongst the world’s best and his country are much weaker without his contribution.

Ireland were heavily beaten 4-1 in the reverse fixture, but expect a closer affair this time around as the hosts fight for their survival at this level.

Given the nature of the game and how neither side will want to be relegated, players could be too eager when it comes to tackles and receive cautions from the referee.

Björn Kuipers is the man in the middle and he isn’t afraid to show a card. Officiating in the Dutch Eredivisie, Kuipers has shown 15 yellow cards in five games.

That could spell trouble for the centre-backs, and I like the price available on Richard Keogh to receive a warning. The 32-year-old has three yellow cards for Derby already this season and could get into a battle with the likes of Sam Vokes.

At 6/1, Keogh looks great value to receive a card based on his position on the pitch.

Best bet: Richard Keogh to be shown a card at 6/1