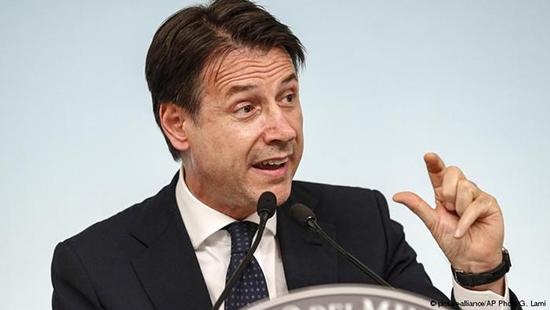 Rome wants to borrow more in order to boost welfare, cut the retirement age, and grow the Italian economy. The budget puts Rome on a collision course with Brussels.

The populist Italian cabinet gave the green light to the country’s 2019 budget on Monday evening, sending off its financial framework to Brussels after the Senate approved the new budget law last week.

The fiscal plan has already triggered a dispute with EU officials and the International Monetary Fund (IMF). The EU Commission is now set to review it, and possibly demand a rewrite from the Italian government.

Rome wants to add €37 billion ($42.9 billion) of new spending. In order to achieve that goal, the government would steeply raise the deficit from the last government’s projection of 0.8 percent in 2019 to 2.4 of GDP. It would also increase tax burdens, including some taxes on the banks.

The budget would provide a basic monthly income of up to €780 for pensioners and the poorest among unemployed citizens, cut taxes for the self-employed and enable schemes that would allow people to settle certain amounts of tax debt.

It would also lower the retirement age to have citizens retire when the sum of their age and years of work add up to 100. Under the new scheme, an employee who had worked for 40 years would be able to retire at 60.

Keeping the house ‘in order’

Many of the financial pledges hark back to campaign promises made by the governing Five Star Movement (M5S) and the anti-immigrant League party. The parties argue that public spending would result in new investments and grow the Italian economy.

Heading for a showdown

The EU and the IMF are worried about increases in Italy’s debt, which is already at 131 percent of its national GDP and among the highest in the EU. Brussels has sought to bring down the deficit for Italy, Greece, and other highly indebted countries through austerity. The EU Commission believes that Rome needs to meet a series of terms before it could risk boosting its debt level.

After receiving the fiscal plan, the EU Commission has two weeks to raise its objections if the document violates the EU rules. Since 2013, the EU body has the power to dismiss a budget proposal and ask the individual members to draw up a new one. The power has not yet been used.

However, the League and the M5S have already pledged not to move from their fiscal goals.