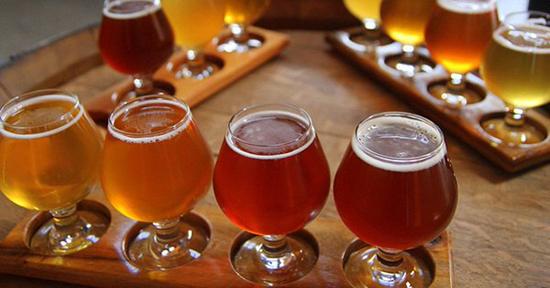 Those who feared this summer’s CO2 shortage limiting their World Cup beer consumption are not out of the woods yet. A global shortage could see prices skyrocket in the future as extreme weather affects crops, a new study warns.

Researchers at the University of East Anglia in the UK asked what would happen to the beer industry tomorrow if it experienced the most severe form of drought or heat anticipated by scientists in the coming years – and came up with a harrowing answer.

The devastating findings were published in Nature Plants on Monday. With extreme weather conditions potentially causing worldwide beer consumption to drop by 16 percent, as supply of key crops fails to keep up with growing demand.

Richer countries with proud beer brewing traditions, like Ireland, Belgium and Czechia would be hardest-hit, as extreme heatwaves and droughts greatly decrease the worldwide stocks of barley, one of beer’s key ingredients.

Consumption in those three countries could potentially fall by a third, the study found, while UK consumption of beer would drop by a quarter.

China, the world’s largest consumer, could see a drop of up to 10 percent, accounting for 12 billion cans of beer.

The supply shortages, coupled with the rising prices to meet demand, may also have a stratifying effect on society. Higher costs for a pint in the pub or shop may result in beer becoming a luxury good and out of the price range of the working classes.

There won’t be any solace in other beverages, either, as the prices of chocolate, coffee and tea are all expected to rise due to the impact of climate change on crops.

The study isn’t meant to encourage those to drink more while prices remain low, the study’s authors say.

“We’re not writing this piece to encourage people to drink more today than they would tomorrow,” said Prof. Dabo Guan, who instead advocated a greater understanding of the environment. “If people still want to have a pint of beer while they watch football, we have to do something about climate change.”