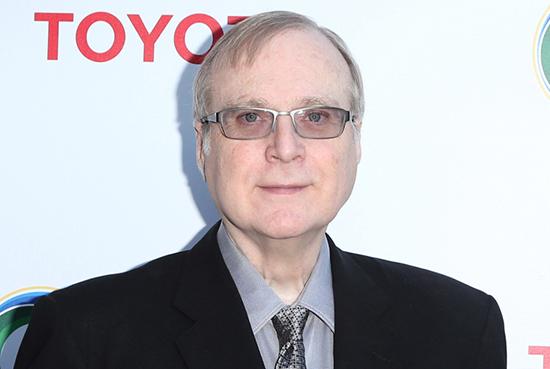 Allen  Paul Allen, who launched Microsoft with Bill Gates in 1975 and went on to produce documentaries, own professional sports teams and dedicate time to philanthropy, died this afternoon of complications from non-Hodgkin’s lymphoma.

“While most knew Paul Allen as a technologist and philanthropist, for us he was a much-loved brother and uncle, and an exceptional friend. Paul’s family and friends were blessed to experience his wit, warmth, his generosity and deep concern,” Allen’s sister, Jody Allen, wrote on the family’s behalf.

“For all the demands on his schedule, there was always time for family and friends. At this time of loss and grief for us – and so many others – we are profoundly grateful for the care and concern he demonstrated every day.”

Allen recalled meeting the freckle-faced Gates in a group of students gathered around a Teletype at Lakeshore School, an exclusive prep school in Seattle, Washington.

“He had a scruffy-preppy look: pullover sweater, tan slacks, enormous saddle shoes. His blond hair went all over the place. You could tell three things about Bill Gates pretty quickly. He was really smart. He was really competitive; he wanted to show you how smart he was,” Allen recalled in his memoir Idea Man. “And he was really, really persistent. After that first time, he kept coming back. Many times he and I would be the only ones there.”

The two, who were drawn together by a time-sharing terminal linked to a mainframe computer miles away, would play an outsized role in the history of the industry.

Allen attended Washington State University, but dropped out after two years to work as a computer programmer for Honeywell near Boston, where Gates was attending Harvard University. The two began working together on software for the microcomputer, adapting BASIC — a programming language used by large computers — for these hobbyist devices.

They won a contract in 1975 to write the code for the Altair, a microcomputer that that was sold through ads in Popular Electronics. Gates left Harvard in his junior year to join Allen in the creation of Micro-Soft, a company that would become known as Microsoft and emerge as a dominant force in the personal computing era. Their version of the DOS operating system would power IBM’s personal computers, placing it in the forefront of the PC boom.

Allen’s account of those formative years at Microsoft featured fiery confrontations between Microsoft’s young founders, with clashes over product decisions, hiring and their stake in the software company.

“Over the years,” Mr. Allen wrote in the letter he quoted in his memoir, “The result of these and other incidents has been the gradual destruction of both our friendship and our ability to work together.”

That friendship mended over time, with Gates visiting Allen frequently in 2009 when cancer struck again.

Allen served as Microsoft’s chief technologist until 1983, when he was diagnosed with Hodgkin Disease, and resigned from the company while undergoing treatment. He and his sister, Jody Allen, co-founded Vulcan, a holding company for his investments that grew to include a trio of professional sports teams, the Portland Trail Blazers, the Seattle Seahawks and the Seattle Sounders.

In the 1990s, Allen gave expression to his creative self, playing guitar for the Seattle group Grown Men and starting Vulcan Productions, the independent production company behind such documentaries as Racing Extinction, Naledi: A Baby Elephant’s Tale, and Ghost Fleet.

“Paul was a remarkable pioneer, a generous philanthropist and a special partner for us,” said Steven Spielberg, Jeffrey Katzenberg and David Geffen, in a joint statement. “SKG wouldn’t have been possible for us without him.  Our hearts and prayers are with him and his family.”

At the turn of the century, Allen resigned from Microsoft’s board of directors — though his stake in the company made him immensely wealthy and enabled him to pursue his passions.

Allen co-founded the Experience Music Project, an interactive music museum that has been renamed the Museum of Pop Culture, the Allen Institute for Brain Science, a research institution, and funded SpaceShipOne, the first privately funded civilian space venture.

The tech giant sued a dozen technology companies — including AOL, Apple, Facebook, Google and Netflix — for allegedly violating patents he financed. The lawsuit was dismissed by a federal court in 2014, and the Supreme Court refused to take up the case.

Other notable projects, later in his life, included the Allen Institute for Artificial Intelligence, and his passion for deep-sea exploration, which led to the discovery of various World War II vessels.