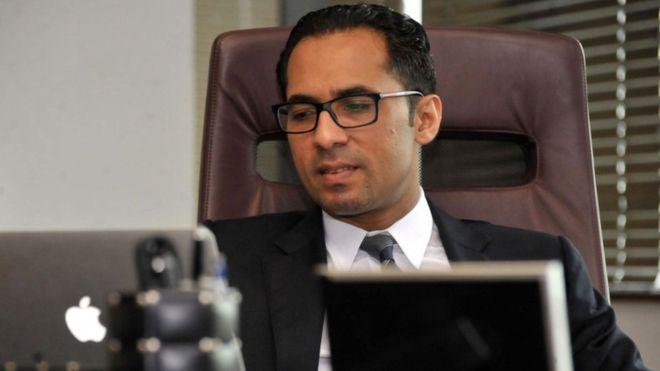 The family of Tanzanian billionaire Mohammed Dewji, who was kidnapped on Thursday, has offered a 1bn Tanzania shilling ($440,000; £330,000) reward for information that leads to his rescue.

But both the motive for the kidnapping and his whereabouts are still unclear.

The family hoped that the reward will help the police’s investigation, spokesperson Azim Dewji told a packed press conference.

“We want to assure anyone with the information about the whereabouts of our son to come forward and we will treat their information as secret,” he said.

Kidnappings are uncommon in Tanzania, our correspondent says.

Who is Mohammed Dewji?

Financial magazine Forbes puts his wealth at $1.5bn (£980m), and has described him as Tanzania’s only billionaire.

Mr Dewji is also a major sponsor of one of Tanzania’s biggest football teams, Simba.

He promised in 2016 to donate at least half his fortune to philanthropic causes, Forbes said.

Mr Dewji, locally known as Mo, is credited with turning his family business from a wholesale and retail enterprise into a pan-African conglomerate.

His company, MeTL, has interests in textile manufacturing, flour milling, beverages and edible oils in at least six African states.

Mr Dewji served as a ruling party MP for a decade until 2015. He told the BBC in a 2014 interview that this possibly made it easier for him to meet top politicians, but it did not give him an unfair advantage, as other businessmen also had access to them.

Media captionMohammed Dewji spoke to the BBC in 2014

What more do we know about his abduction?

The abduction took place outside a swanky gym in the affluent neighbourhood of Oysterbay.

The kidnappers fired shots in the air before driving away with the billionaire, eyewitnesses said.

Mr Dewji, a fitness enthusiast, had no security guards with him and had driven to the gym on his own, Dar es Salaam regional police commissioner Paul Makonda told reporters on Thursday.