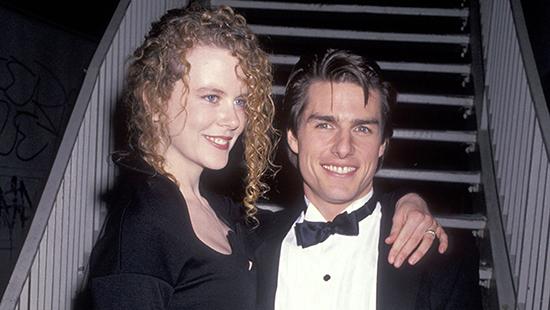 Nicole Kidman is opening up about one aspect of being married to Tom Cruise.

Kidman and Cruise tied the knot in 1990 after meeting on the set of “Days of Thunder,” but divorced in 2001 after more than a decade together.

Though the two rarely speak about their marriage or their two adopted kids together — 25-year-old Isabella and 23-year-old Connor — Kidman does acknowledge in the new of issue of New York magazine that being married to a star of Cruise’s magnitude gave her a level of protection during her younger years in Hollywood.

“Being married to Tom Cruise at 22 is something I’m always reluctant to talk about, because I’m married now to the man who is my great love [Keith Urban], and it almost feels disrespectful,” Kidman notes in an essay for the magazine’s October 15-28 issue, which focuses on the theme of women and power.

“That said, I got married very young, but it definitely wasn’t power for me — it was protection.”

“I married for love, but being married to an extremely powerful man kept me from being sexually harassed,” she continues.

Kidman, 51, goes on to note that she later definitely experienced her “share of #MeToo moments.”

“But do I want to expose them in an article? No. Do they come out in my work? Absolutely,” she writes.

“I’m open and raw. I want to have my well of experience and emotion tapped into — used, and I’m not just talking about sexual harassment. I’m talking about loss, death, the full array of life. But it has to be by the right people so it’s not abused again.”

Kidman’s latest interview isn’t the first time she’s opened up about her marriage to Cruise. In 2016, she talked about marrying young to Red magazine.

Most recently, Kidman talked about the “massive grief” she felt after suffering miscarriages during her marriage to Cruise.

The actress was 23 when she had an ectopic pregnancy, a condition in which the fertilized egg begins developing outside of the uterus. Later, the couple attempted to conceive again, but she suffered a miscarriage around the time the “Mission Impossible” star filed for divorce in 2001.

“There’s a huge, aching yearning. I know the yearning,” Kidman recalled to Tatler magazine. “And the loss! The loss of a miscarriage is not talked about enough. That’s massive grief to women.”

“From the minute Tom and I were married, I wanted to have babies,” she also said. “And we lost a baby early on, so that was really very traumatic. And that’s when it came that we would adopt Bella.”

These days, Kidman is happily married to country superstar Keith Urban. The couple has two daughters together, 10-year-old Sunday and 7-year-old-Faith.