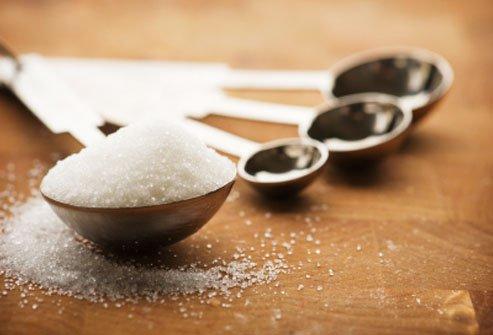 The Cost of Salt in Your Diet

How dangerous is sodium, and is the amount you’re eating too much? That’s a major health question that is still being debated among nutrition scientists. While some say a diet high in sodium poses greater heart risks, others claim the greater danger comes from recommending less salt than your body requires.

So who is right? It’s hard to say, as much of the information in this ongoing controversy is still being determined. Here are a few things that are widely agreed upon.

Extra salt draws more water into your blood stream, and this increases blood pressure, also called “hypertension.” That’s worrying because hypertension is a major risk factor for heart disease, the no. 1 killer worldwide.

How Much Do We Eat?

US standards for men and women over age 50 are stricter, as this population is more at risk of high blood pressure. Adults over age 50 are recommended no more than 1,500 mg of sodium each day. But they’re eating a lot more—between 2,200 mg and 4,000 mg each day on average, depending on the demographic.

Where’s it all coming from? The vast majority of our sodium comes from processed, prepared, and packaged foods, either at home or in restaurants. In fact, only 6% comes from the salt shaker.

How Dangerous Is Salt?

Some nutritionists and researchers have concluded that the dangers of a high-sodium diet have been over-emphasized. The Institute of Medicine looked at several studies related to the saltiness of American diets. These researchers concluded that there was no reason to lower the recommended daily allowance either for the general population or for those at risk of hypertension. They further concluded that lowering sodium too much could leave a person vulnerable to other health risks.

To make matters more complicated, some individuals are especially salt-sensitive. These people see their blood pressure rise and fall more dramatically based on the sodium in their diets. That would be fine if there were a convenient test to determine who is who. But there’s no such test available right now.

Salt is a necessary mineral required for daily health. It lets your body’s muscles relax, it allows your nerves to send signals, and it keeps your body’s fluids in balance.

When your diet becomes saltier, the excess is flushed away by your kidneys. But when the kidneys can’t get rid of the excess, it accumulates in your body fluid, requiring more water which increases your blood volume. This leads to a heavier load on your heart that over time can stiffen your arteries and raise your risk of high blood pressure, stroke, and heart attack.

This article will show you many of the everyday foods where sodium tends to hide. Becoming familiar with these foods—along with a few tips for avoiding them—will help you take better care of your heart’s health, and the health of your family.

Frozen dinners are quick and easy. But their convenience come at a cost. When less than 800 milligrams of sodium is considered good, that’s a bad sign. Some really push the saltiness envelope, and some blow the envelope wide open. Consider the Banquet Salisbury Steak Meal, loaded with 2,194 milligrams. Worse yet is the Swanson’s Hungry Man XXL Roasted Turkey. One package of that comes with 5,410 milligrams.

There are healthier options in the frozen food section, fortunately. The Thai Basil Chili Tofu meal from Saffron Road packs a more modest 320 milligrams. Wild Salmon and Pesto from Artisan Bistro contains 370 milligrams. It pays to be choosy.

Some boxed breakfast cereals come loaded with surprisingly excessive levels of sodium. Grape Nuts bills itself as a health food, but one cup holds 580 milligrams. A better choice would be Shredded Wheat, which contains none at all.

It has other nutritional benefits, but one big drawback of vegetable juice is hiding in its sodium content. For example, every eight ounces of the original V8 comes loaded with 640 milligrams. Luckily there’s also a low-sodium version of V8 that comes with a modest 140 milligrams for every eight-ounce pour.

Should You Avoid Canned Veggies?

It’s important to add more vegetables to your diet, but when they come in a can, you need to read the nutrition label to know what you’re getting into. Salt is a preservative in many of these products. Even so, there are often low-sodium or no-salt-added versions of canned vegetables if you look for them.

Another handy tip is to rinse your canned veggies before eating them. This can reduce sodium levels by half. With these tips in mind, the American Heart Association gives canned vegetables their approval.

A major advantage of deli meats is that they tend to last longer in the fridge than other meats. But the reason for this is the added sodium. Salted meats last longer, but that may not be a price you’re willing to pay. For example, two slices of dry salami pack an extra 362 milligrams into your meal.

Once again, canned soup is a processed food that owes part of its extraordinary shelf life to lots of added sodium. One cup of Campbell’s Condensed Tomato Soup packs an astounding 960 milligrams. As with other prepared foods, try to find low-sodium options. Or if you have the time, make it yourself for a delicious meal that has only the amount of saltiness in the broth that you choose to add.

Of course you want flavor with your food. But adding extra dashes of this and that can definitely increase your daily sodium. Here’s a list of a few common flavor boosters, along with their corresponding saltiness:

While you search through the supermarket aisles, a popular destination is the shelf with jarred pasta sauce. If you’ve read this far, you know the problem. Prepared food trades long shelf lives for excessive sodium, and pasta sauce is no different. So when you go home to coat your spaghetti in lovely red sauce, you’ll be getting 550 milligrams for every half-cup. As with other items here, try to find no-salt-added versions of that sauce first. You can always add a bit more at the dinner table to your own preference, and it’s likely to be a lot less than what you find in a typical sauce jar.

Even if you’re trying to cut back on the saltier stuff, you don’t have to sacrifice flavor. Think about what a difference a little thyme, oregano, turmeric, or cumin can make in your food. If you really want to raise the heat, fresh or dried peppers can add an explosive kick as well.

There is one exception, though. Some spices come with salt added into them–particularly spice blends. So make sure you know what’s in that little spice jar before you sprinkle it into your meal.

Nuts are wonderful, wholesome foods that most of us don’t eat enough of. But quite a few varieties come with extra sodium—particularly the dry-roasted varieties. To avoid this, check the label and try to find oil-roasted nuts instead. Better yet, give unsalted nuts a try.

That lip-puckering quality of certain snacks may come down to their sodium content. Every ounce of cheese puffs comes with 240 milligrams, potato chips by the ounce pack in 130 milligrams, and pretzels have 385 milligrams per ounce.

If you’re willing to search, you can find tasty snacks that are heart-healthy, too. But just because a snack claims to be oven-baked or fat-free is not necessarily an indication of lower sodium. Buyer beware.

You know what’s energy-packed and low-sodium? Pasta, potatoes, and rice in their natural forms. You want to know how to turn these heart-healthy staples into high-sodium foods? Put them in a box with a flavor packet. Some of these prepackaged staples carry more than half your daily allotment of sodium. So for healthier arteries, consider preparing your foods the old-fashioned way.

If you think you can improve your daily intake by skipping the salt shaker and adding a few condiments to your food instead, think again. Condiments come with additional sodium, but their content varies. Check out the numbers:

To add flavor more safely, consider low- or sodium-free offerings instead. Or try a few things that are naturally more heart-healthy, such as apple butter or cranberry relish.

You may see a fairly safe sodium level on a food on the nutrition label, but keep in mind that this is for a serving—not necessarily how much you will actually eat. Make sure to check how many servings are present in the whole container, and try to estimate how much of it you will actually eat before chowing down.

There are lots of ways the foods on supermarket shelves advertise themselves as being lower in sodium. But what do all of these terms actually mean? Here’s a simple breakdown:

Scanning the list of ingredients in your food can reveal some creative alternatives to the word “salt.” But make no mistake—there’s sodium in there. Watch out for any ingredient with the word “sodium” in the name, such as “sodium sulfite.”

Even your medicine cabinet isn’t necessarily sodium-free. This is especially true for drugs used to treat heartburn and headaches, some of which contain bicarbonate or sodium carbonate. Be sure to check the ingredient list just like you would food.

For anyone trying to be careful about what they eat, a restaurant is one of the riskiest places to be. Eating out presents all kinds of extra-sodium fare, from cheesy appetizers to casseroles. Usually restaurant staff can explain the nutrition information for a given dish, so when in doubt, ask.

You can usually get fish while dining out as a safe bet. But make sure the fish’s seasoning isn’t saltier than you would like. You can also ask for a side of steamed vegetables, hold the salt. Salads are usually safe bets, but watch out for added cheese and ask for dressing on the side. Desserts that deserve recognition include sherbet (40 mg/half-cup) and ice cream (53mg/half-cup), angel food cake, and fruit.

There are a few ways to stay on track while eating out. Ask how your meal is being prepared. Pick restaurants that make your food to order—so you can ask for less sodium. Request lemons or limes in place of extra flavorings to add taste without saltiness.

If you find yourself in the drive-through lane, you can still make better choices. For a burger, try skipping the toppings (other than vegetables). Watch portion size, and try food from the kid’s menu for more reasonable sizes. Ask your server for nutrition facts so you can make better choices. And when your meal is over, be mindful of how much saltiness your meal contained and try to make adjustments in other meals that day to keep your overall tally healthy.

That depends on who you ask. US federal guidelines say that the following populations should reduce their levels to less than 1,500 mg per day:

However, not all scientists agree with this recommendation. In their report, the Institute of Medicine determined that reducing sodium to very low levels could be harmful, leading to less-than-ideal blood lipids and resistance to insulin.

Most Americans get way too much saltiness in their diets. To improve your health, one proven way to reduce your intake is to carefully track how much you’re consuming.

To do this, keep a record of everything you eat and drink for a few days. At the end of each day, tally the total amount. By keeping track for even a few days, you will become more aware, which will equip you with the understanding you need to take greater strides toward an improved health outlook.