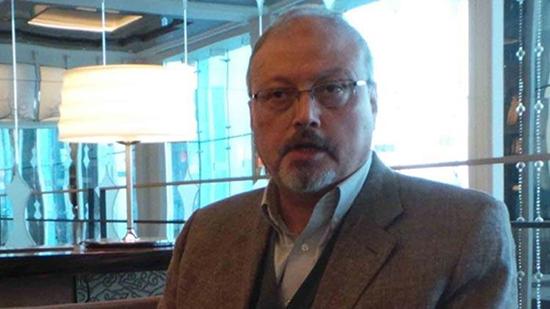 The murderers in all these cases were contract killers. But that’s the only real difference between them and the government-employed hit men who are alleged to have murdered Saudi journalist Jamal Khashoggi, a journalist whose reporting came too close to the truth about the hypocrisy of the Saudi crown prince, Mohammed bin Salman — a man who claims to be a “reformer” but is himself a corrupt oligarch, as well as an authoritarian who jails his critics.

Over the past two decades, there have been dozens, if not hundreds, of similar cases — and there will be more.

Each of these stories has a different political context, and in each of them the killers have different things to hide. But in a deeper sense, they are connected, for this is one of the defining issues of our time: The murders are the consequence of the clash between a 21st century technological revolution, which has made it possible to obtain and spread information in new ways, and a 21st century offshore banking revolution, which has made it possible to steal money in new ways, to hide it in new ways and to use it to maintain power. These two rapid changes have had a dramatic impact on democracies such as Malta and Slovakia as well as dictatorships such as Saudi Arabia and Russia. Often, it is journalists, especially investigative journalists, who are caught in the fault lines between them.

Why? Because we already live in a global news network, whether we want to or not. And because the information they reveal spreads so much more quickly than it once would have done. The Soviet Union — or indeed Saudi Arabia before the Internet — could effectively silence a critic through censorship or exile. Someone like Politkovskaya would not have mattered as much back then, because nobody inside the U.S.S.R. could have easily read what she wrote. Outside of his country, someone like Khashoggi would have had little influence in the pre-Internet era, either. But in 2018, everything he wrote was accessible to any Saudi citizen with a smartphone.

At the same time, elected politicians and unelected autocrats have a far greater personal and political interest, in 2018, in hiding the real extent of what they do. In China, Russia and now Saudi Arabia, authoritarian regimes stay in power by staging fake campaigns against “corruption,” even as their members continue to hide huge caches of money and to spend it abroad. Democratically elected leaders can be tempted in much the same way. When Caruana Galizia died, she was on the trail of corrupt money linked to the Maltese ruling party. When Kuciak died, he had just exposed the tax-fraud schemes used by wealthy business executives linked to the Slovak ruling party.

In all of these countries, newspapers, websites and activist groups that publish stories about hidden wealth, illicit business activity, secret wars and secret funding schemes are dangerous: They undermine the claims of powerful politicians, both democrats and autocrats, to be acting on behalf of “the people.” They demonstrate hypocrisy. They sometimes reveal the existence of crimes. They sometimes cost politicians their jobs. Kuciak’s murder led to the downfall of the Slovak government. An anti-corruption street protest in Ukraine became a revolution. An anti-corruption protest in Armenia more recently led to a change of power there as well.

To protect themselves, some politicians seek to discredit the media. President Trump calls journalists “enemies of the people” on Twitter and directs mob anger against them at staged public events. Rodrigo Duterte, the president of the Philippines, has called journalists “spies,” in Trump’s presence. In Russia, the authorities use a different tactic: They seek to drown accurate information in a flood of state-sponsored garbage, producing reams of contradictory stories designed to undermine the very notion of “truth.”

Given what’s at stake, it’s hardly surprising that quite a few governments have gone further. The Turkish government has arrested more than 200 journalists. More than 40 are in prison in China. Those who can get away with more extreme tactics will use those, too. Precisely because we now live in a global information network, the death of a single journalist could usefully frighten the rest — not only in one country but around the world.