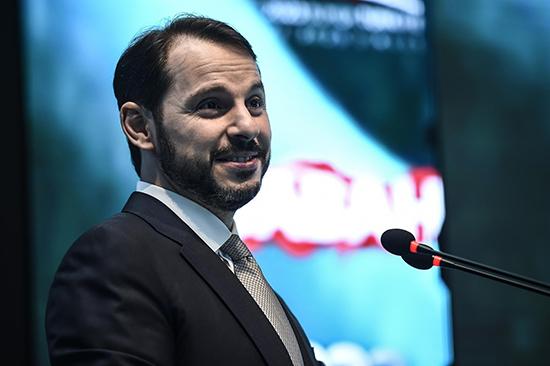 Turkey’s inflation, which hit a 15-year high in September, will enter a downward trend for the rest of the year, Finance Minister Berat Albayrak said on Oct. 15.

Speaking at an event in Istanbul, Albayrak also said Turkey’s economy would rid itself of the burdens of high inflation and interest rates through the measures the government has taken to combat surging consumer prices.

“A negative mood, which started in July and August, has started to ease in the economy,” he said, adding that investor confidence in the country was improving.

“We have left a bad period behind regarding inflation, parities and interest rates,” the minister said.

“With a downward trend in inflation, we will realize year-end targets,” he added.

The government’s New Economic Program (YEP) forecasts inflation would rise to 20.8 percent this year before dropping to 15.9 percent in 2019 and 9.8 percent in 2020.

“We have completed short-term measures and made sudden interventions. We will do if it needed,” he also said, adding that new measures would be taken to avert stockpiling in an effort to normalize food prices.

“Now, it is also time for us to minimize or zero Turkey’s current account deficit,” he added.

Turkey will continue to support the real sector and swiftly take coordinated steps in every area, Albayrak also said.