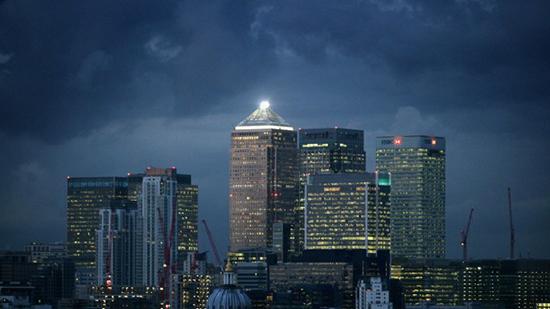 The UK economy is on course for its worst year of growth since the 2008-09 financial crisis, economic forecasters have warned.

The EY Item Club, the only non-government organisation to use the Treasury’s forecasting model, has slashed its prediction for GDP growth for this year to 1.3% and 1.5% for 2019, down from 1.4% and 1.6% respectively in its previous outlook three months ago, the BBC reports. This would make 2018 the British economy’s worst year for almost a decade.

The report comes soon after “official figures revealed zero growth in GDP in August”, The Guardian notes, after a combination of corresponding factors drove growth forecasts down.

The organisation claimed that a mixture of uncertainty over Brexit and an inflationary squeeze on household incomes would likely be the driving force behind the predicted slowdown in the final quarter of 2018, while faltering consumer purchasing power and a loss of economic and trade momentum in the eurozone may exacerbate the slide.

Howard Archer, chief economic advisor to the EY Item Club, added that the organisation’s forecast was based on the assumption that the UK and EU would ultimately reach a transition agreement on Brexit, and does not take into account the possibility of a “no-deal” Brexit.

Archer suggests that an agreement between the UK and EU “will help limit the shock to businesses and the economy”, but added that “heightened uncertainties in the run-up to and the aftermath of the UK’s exit could fuel business and consumer caution”.

He said: “This is a significant factor leading us to trim our GDP forecasts for 2018 and 2019.

“Should the UK leave the EU in March 2019 without any deal, the near-term growth outlook could be significantly weaker.”

Earlier this year the EY Item Club predicted that the UK would see two interest rate rises this year and two more in 2019.

However, following the Bank of England’s decision in August to raise rates from 0.5% to 0.75%, “the forecaster said it did not now expect another increase until August next year, with two more rate rises likely in 2020,” The BBC said.

EY chief economist Mark Gregory said: “The UK economy is going to experience a period of low economic growth for at least the next three years and businesses need to recognise this and adjust accordingly.

“They should also consider a sharp downside to the economy in the event of a no-deal Brexit and make preparations for such a scenario.

“Even if the Brexit process goes smoothly, the cyclical risks to the UK economy mean this would still be a worthwhile exercise. Now is the time to start to think about the future shape of any UK business after 2020.”