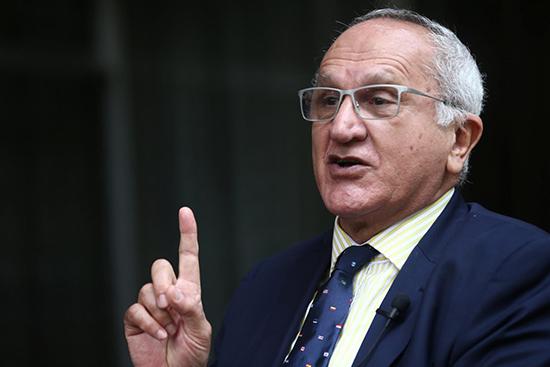 MEXICO CITY (Reuters) – The United States is seeking to impose quotas on Mexican steel exports as part of a negotiation to remove metals tariffs, the chief trade negotiator of Mexico’s incoming government said on Monday, adding the issue needed to be resolved within weeks.

The administration of U.S. President Donald Trump imposed the tariffs on Canada and Mexico in June, citing national security reasons. Although the three countries agreed a renewed trade deal earlier this month, the measures remain in place.

Jesus Seade, who represented Mexico’s President-elect Andres Manuel Lopez Obrador in the wider trade talks, said the current Mexican government was leading the metals talks but that he had spoken to U.S. Trade Representative Robert Lighthizer on the matter.

“I have had a couple of calls with Lighthizer, and it is along those lines, to manage volumes etc with Mexico and with Canada,” Seade said in an interview with Reuters, declining to give more details about the content of the discussions.

Seade said the issue of tariffs on Mexican steel had to be resolved before the new government takes office on Dec. 1.

“There is a month-and-a-half left, so it needs to be resolved now,” he said.

Mexico’s economy ministry, which leads trade talks, did not immediately respond to a request for comment.

Mexico is a net importer of steel from the United States, although it did export $2.5 billion of iron and steel to its northern neighbor in 2017, according to the U.S. Census Bureau.

In March, the United States signed a deal with Seoul where in exchange for an end to steel tariffs, South Korea agreed to cut exports by 30 percent of the past three years’ average.

During talks on the new United States-Mexico-Canada Agreement (USMCA), U.S. officials told Canada they wanted a similar arrangement for steel and aluminum, one source told Reuters last week, declining to give specific details.

Canada rejected the demand and made clear any cap on the metals would have be at a level higher than current exports to allow room for shipments to grow.