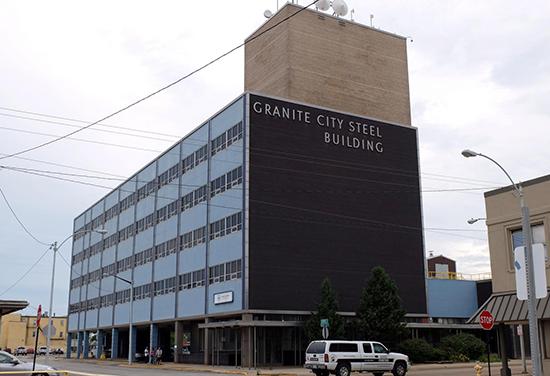 CHICAGO (Reuters) – United States Steel Corp (X.N) workers are set to get the biggest wage jump in at least six years under a new deal negotiated with the company, providing early signs that gains from U.S. President Donald Trump’s clampdown on foreign imports are finally trickling down.

The agreement, reached on Monday, proposes a cumulative 14 percent wage increase over a four-year period, three sources familiar with details of the negotiations told Reuters on Tuesday.

Wages were frozen in the last contract, which ended on Sept. 1, as the Pittsburgh-based company was suffering losses from a slump in the domestic steel prices. The 2012-2015 agreement raised wages by an average of about 1.5 percent per year over three years, according to the workers’ union.

The deal, which needs to be ratified by 16,000 workers across the country, comes days after U.S. Commerce Secretary Wilbur Ross called steelmakers to share the profits from high steel prices with their workers.

It comes at a time when U.S. wages are growing at the fastest pace in more than nine years.

The new contract also proposes a lump sum bonus and a share in the company’s profits, the sources said on condition of anonymity to discuss the confidential deal. The workers will retain healthcare benefits from the last contract, which did not require them to pay a premium.

A company spokeswoman did not respond when asked to comment on the deal, whose details have not been made public.

The United Steelworkers (USW) union, which represents U.S. Steel workers, began negotiating a new contract in July. But the company’s push to pass along some of the healthcare costs led to a standoff.

Scott Cranor, a union official in Gary, Indiana, said on Monday that higher healthcare costs would have effectively wiped out any pay increases proposed by the company. He said affordable healthcare and no premiums were among the reasons why workers preferred to work at U.S. Steel despite lower wages.

“We have an excellent benefit package,” Cranor said in an interview at his office, hours before both the parties reached a tentative deal. “That’s why we have settled for lesser wage.

While the import curbs have helped turn around U.S. Steel’s fortunes, they have not resolved the company’s competitive problems. The company’s operating profit margin is below the industry average. And its revenue per employee pales in comparison with that of rival steelmaker Nucor Corp (NUE.N).

The company has the lowest dividend yield among major rivals.” Investors remain worried that because U.S. Steel is focusing on capex, shareholder returns remain on the backburner,” said Seth Rosenfeld, a metals & mining analyst at Jefferies.

The new deal could inflate its cost structure, piling pressure on the company’s stock which has lost nearly 40 percent since March 1 when Trump decided to impose the metal tariffs. U.S. Steel’s shares fell 1.2 percent on Tuesday to close at $27.63.

Domestic steel prices have fallen about 10 percent since early June, raising concerns that prices have peaked. Demand from the auto industry, the company’s biggest customer, is also widely expected to slow down.” The auto industry is dealing with lots of cost pressures because of trade wars, rising raw materials costs and declining sales volumes,” said Rosenfeld.

“Therefore, we have a somewhat conservative outlook with regard to contract hikes in 2019.”

Biden to name Yellen to Treasury to lead U.S. from sharp economic downturn