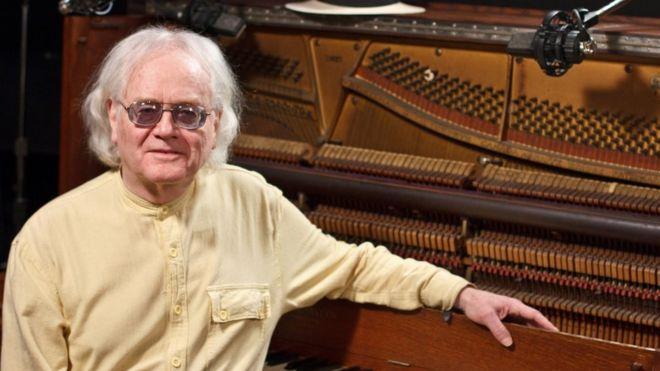 A grieving Canadian family has accidentally buried the wrong body.

It was an error that only came to light when the missing relative thought to have died returned home months after the funeral.

Police believe the body belonged to pianist Scott Cushnie, 80, who has been missing since August.

Friends and family of the Toronto musician say if he were alive, he would have “had a laugh” and they hold no hard feelings towards the other family.

The coroner’s office says the body is being exhumed so a full identification can be carried out.

How did the mix-up happen?

Mr Cushnie’s long-time friend Andrea Reid told the BBC that she got a call from police last week explaining that they believed they had found him – and that they thought he had been accidentally buried by the wrong family.

Police told Ms Reid a man died in hospital last August, after an ambulance driver spotted him falling on the sidewalk.

Meanwhile, another family was also searching for their loved one. Police called them to identify the body in the morgue, and the body was released to their care. Police have not identified the family for privacy reasons.

“When he died he was released to his family and they made funeral arrangements,” police spokeswoman Jenifferjit Sidhu confirmed.

How the families were told

Months later, the man the family thought they had buried returned alive, leading police to contact Ms Reid, who had been leading the search for Mr Cushnie.

“In a lot of ways this was actually a big relief, because I wasn’t under the impression that he was alive any more and my fears about what could have happened to him were running rampant,” she said.

“To know that an ambulance was right there when he had his accident, and he was given immediate care, and he’s been cared for this whole time, was actually a really nice comfort.”

Who was Mr Cushnie?

Mr Cushnie was well known in Toronto’s music community. Born legally blind, he played piano professionally in blues and rock bands since the 1950s, and shared the stage with greats such as Aerosmith and Duane Allman.

Ms Reid formed a close friendship with Mr Cushnie over music. He became her piano mentor and taught her the blues. She also became his de-facto manager, helping him book gigs and get to appointments.

He was living in an independent senior’s flat in Toronto when he went missing, and was in good health.

A need for closure

“It is such a strange situation,” said his niece Liz Hale. “We’d like to talk to that other family.”

Ms Hale said there is no ill will about the mistake, but that speaking to them would help give them closure.

“My mom and his other sister especially are really saddened by it all, and we are just hoping that we can move on, and celebrate his life with his friends and fellow musicians.”

The coroner’s office is still working on identifying the body that was buried, but Ms Reid says there is little doubt in her mind that it is him. She saw some of the effects that were collected, and recognised his house keys.

“He was a man with an incredible sense of humour… if he had read about this story he would have had a laugh,” she said.