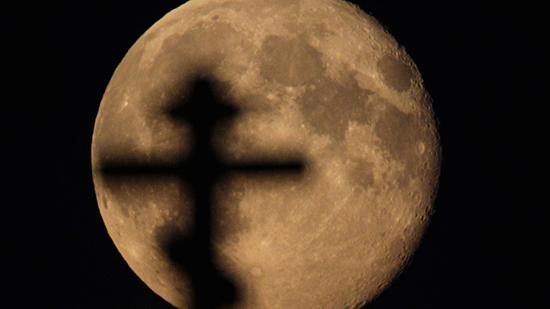 The Russian Orthodox Church has broken all ties with the See of Constantinople, seen as the center of Orthodox faith, but whether the church’s members will continue to view it as their faith’s ‘capital’ is up for debate.

Constantinople’s decision to recognize two breakaway Ukrainian churches has cost it the support of the Moscow Patriarchate, the biggest Orthodox Church in the world with the greatest number of adherents. Constantinople has “self-destroyed” as the cornerstone for Orthodoxy worldwide, says the Russian Church’s public relations chief.

It may take months, years or even decades to see who comes out on top in the worst religious break-up of modern times, but it is already clear that the consequences will be momentous – and will spill far beyond church politics.

For those not closely following the intricacies of intra-Orthodox relations what exactly happened around the Ukrainian Orthodox Church warrants a short explanation. For those versed in the intricacies of church politics, it’s safe to skip to the next section.

The latter two used to be non-canonical, or illegitimate, from the point of view of the worldwide Orthodox Church. Last week, the Constantinople Patriarchate, the ‘first among equals’, granted them autocephaly, recognizing their independent status. In effect that makes them equal to the Russian Orthodox Church (otherwise known as the Moscow Patriarchate).

The Moscow Patriarchate, which had earlier anathemized Kiev Patriarch Filaret, is now up in arms against Constantinople’s decision. So much so that it has broken off its relationship with the Orthodox center, creating what is already being described as a schism comparable to the Catholic-Orthodox split of the 11th century.

Will there be blood?

In ages past, when religion was both the cornerstone of secular life and a legitimizer for worldly rulers, splits like this led to rebellions, wars and crusades. In the modern day of secularism and segregation of power, what happens in church is expected to stay in church – but will it?

Worldly leaders in both Russia and Ukraine have unequivocally taken sides in the conflict. Ukrainian President Petro Poroshenko called Constantinople’s recognition a “victory over Moscow demons” and the end of Russia’s “conceptual bid for world domination.” Russian President Vladimir Putin called a security council gathering to address the recognition of the Ukrainian churches.

There will, quite literally, be blood, believes Roman Silantyev, a religious studies professor at the Moscow State Linguistic University.

“This is a matter that can lead to numerous deaths and the devastation of temples.”

“Constantinople’s actions legitimize repressions against Ukrainian believers faithful to the Moscow Patriarchate,” Silantyev told RT. “They will be thrown out of buildings, they will be forced to take part in the All-Ukraine Ecumenical Council, they will be limited in everyday life… they will, simply speaking, be made second-class citizens.”

In a more materialistic sense, Russia is now in a position to demand recompense from Constantinople for reversing the 17th-century agreement that put the Ukrainian Church under the Moscow Patriarchate.

Experts RT spoke to have questioned the judgment of Patriarch Bartholomew of Constantinople.

“Some sort of external or internal forces have influenced Patriarch Bartholomew to take a decision that goes against the very basic principles of the Orthodox faith, and he knows it very well – he knows all the canons and all the rules better than we do,” says archpriest Aleksandr Ilyashenko, director of the Orthodox Christianity and the World web portal.

“He knows very well what kind of crime before God and people he is committing.”

Professor Silantyev believes it possible that this could spell the end of Bartholomew’s primacy.

“I think it’s not entirely impossible that Patriarch Bartholomew will be ruled either insane or a heretic, I would bet on the latter. It has happened before. An all-Orthodox council would gather and make that decision.”

The Moscow Patriarchate certainly commands enough of a worldwide influence to spar with Constantinople. It has a total of 150 million followers, compared to Constantinople’s 5.3mn, or even the Kiev Patriarchate’s 7+ million.

But Father Aleksandr is skeptical that Bartholomew can be brought down so simply.

“Firstly, you would have to convene an all-Orthodox council. Secondly, you would need everyone to agree. Thirdly, the council will be obstructed by the forces that started the mess in Ukraine.”

Christianity is no stranger to splits and schisms of various scales across the centuries. The one we’re seeing now is being compared to the greatest of them all: The East-West Schism of 1054, when the Catholic Church and the Eastern Orthodox Church went their separate ways.

Back then, the Pope and the Eastern Patriarch declared each other heretics and laid down mutual anathema – which endured for over 900 years and was only lifted in 1965. This time around the Moscow Patriarchate has stopped short of invoking either of those words, only saying Constantinople’s teaching (regarding Ukraine) is “false” and its Patriarch’s actions “illegal.” The ultimate significance of the difference in semantics remains to be seen.

Another major split, this time within the Russian Orthodox Church, came about in the 17th century, 30-odd years before the Kiev Patriarchy became a subordinate of the Moscow church. It had nothing to do with Ukraine, though – instead, it was about a part of Orthodox believers rebelling against then Patriarch Nikon’s reforms which aimed to bring Russian rituals closer to the Greek teachings. It led to decades of rebellions and even mass suicides, and to tens of thousands of victims.

Modern history has seen an example that, at first glance, appears to be identical to the current crisis. In 1996, Constantinople recognized the Estonian Apostolic Orthodox Church, and Moscow broke off its ties with the center. But that split only lasted a few months, and was eventually settled with two parallel Orthodoxies existing in the Baltic state.

Whether it is due to incomparably larger followings (the Estonian church only has about 20 thousand) or to the political minefield that is any discussion about Ukraine and Russia, this time is, in fact, quite different.

“This is incomparable to Estonia,” Father Aleksandr said. Professor Silantyev believes the 1996 split was a mere “business dispute” compared to what could now happen to the Orthodox believers in Ukraine.

“This split could last for decades,” Silantyev summarized, although admitting it’s hard to tell for certain. We might not even see the end of it at all. “The schism with the Catholics has been around for a millennium now,” he mused.