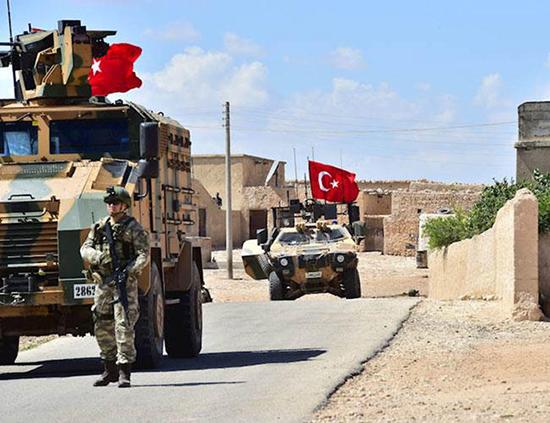 Turkey has reiterated that it will not tolerate the delay of the removal of YPG troops from the Manbij province of Syria if the United States does not fulfill a bilateral agreement to this end, President Recep Tayyip Erdoğan has said, a day before U.S. Secretary of State Mike Pompeo is set to visit the Turkish capital following the release of a U.S. pastor.

“We cannot say a 90-day timeline on [the YPG withdrawal from] Manbij has been implemented. It has not. We know what we will do if it is not implemented. If necessary steps are not taken in the eastern Euphrates and if the process is delayed, we will take all the necessary steps at the highest level against the YPG/PYD, more precisely against the PKK,” Erdoğan said in his weekly address to his Justice and Development Party (AKP) on Oct. 16.

Erdoğan referred to an agreement with the U.S. that was brokered between the two foreign ministers on June 4, which stipulates the removal of YPG militants from Manbij in a 90-day timeline. The U.S. however, has never confirmed the deal introduced an exact timing for the removal of YPG troops from the city.

Erdoğan’s strong words against the U.S. came just a day before Pompeo is set to pay a visit to the Turkish capital to primarily discuss the ongoing investigation on the disappearance of Saudi journalist Jamal Khashoggi. However, the visit will also constitute a very good opportunity for talks on how to normalize ties between the two allies after the Brunson issues could be resolved.

The militaries of the two countries have recently started a joint training program so they can begin patrolling around and inside Manbij to provide necessary security in the province after the withdrawal of the YPG troops.

The steps taken by Turkey are not only for its own security but for local Syrian people who have lost their comfort due to the pressure of some groups, the president said.

“They are not fleeing the region for no reason. The steps we have taken are to protect them. They are not different from what we did in Idlib, in Afrin or in Jarablus, in the entire terror corridor. Turkey had taken all these steps in full determinacy and will continue to do so,” Erdoğan said.

The president has long said Turkey’s next target will be the eastern Euphrates where YPG troops have control with the support of the U.S. military. The U.S. has more than 2,000 troops in the region while the YPG enjoys a strong military power of around 35,000 men.