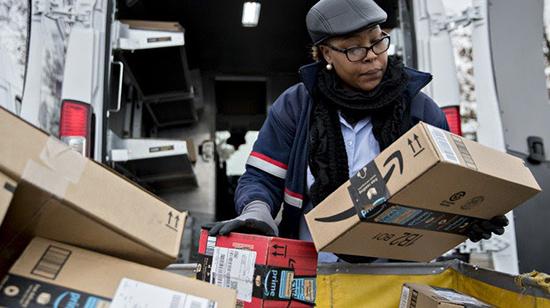 The Trump administration said on Wednesday that it intends to pull the US out of a 144-year-old international postal alliance, citing a “flawed system” that allows developing countries like China to ship goods around the world more cheaply.

The announcement is the latest sign that tensions between Washington and Beijing have spilled beyond trade.

The Universal Postal Union (UPU) – an organisation first established in 1874 and now run by the UN – sets the rules for international mail exchange, such as determining fees that postal services within any given country can charge for delivering shipments from foreign carriers. It currently represents 192 member countries, including the US.

Explaining the decision, the Trump administration said that favourable shipment rates for developing countries have let members like China flood the US with goods, putting American companies at a disadvantage.

“This is a strong action by this administration to fix this flawed system and make it better,” US politics website The Hill quoted a senior administration official as saying to reporters in a background briefing call.

Rather than adhering to the fees designated by the UPU, the administration will seek to institute self-declared rates for US postal services handling international shipments.

In a statement issued after the announcement, the White House said: “The president concurs with the Department of State’s recommendation to adopt self-declared rates for terminal dues as soon as practical, and no later than January 1, 2020.”

Under the Universal Postal Union’s constitution, a member’s withdrawal from the agency is to go into effect a year after being announced. In the year to come, the State Department will pursue bilateral and multilateral discussions with UPU member countries to resolve the administration’s concerns with the current system, the White House said.

“If negotiations are successful,” the White House said, “the administration is prepared to rescind the notice of withdrawal and remain in the UPU.”

UPU’s director general, Bishar A. Hussein, said on Wednesday that he regretted the Trump administration’s decision, and would seek to meet US government officials to discuss the matter.

“The UPU remains committed to attainment of the noble aims of international collaboration by working with all its 192 member countries to ensure that the treaty best serves everyone,” he said in a statement.

US President Donald Trump has made China’s status as a “developing country” a recurring theme in his grievances with the world’s second-largest economy. Trump has charged that China is using its more than US$375 billion trade surplus with the US to “rebuild itself”.

“They call themselves developing nations, and under that category they get subsidies,” Trump said at a political rally last month in North Dakota, referring to countries including China and India. “So I want to be put down in that category because we’re growing too. We’re going to grow faster than anybody.”

China’s developing-country status also has become a central component in US-lodged complaints with the World Trade Organisation, with Washington joining with Japan and the EU to initiate changes to the trading body’s rule book aimed at forcing China to alter its trading practices.

The US campaign for WTO changes, which also calls for improved mechanisms to account for the impact of industrial subsidies, has simmered in the background while the Trump administration continues to target Chinese imports with a barrage of tariffs, triggering retaliation from Beijing.

Wednesday’s announcement echoes a number of recent decisions by the Trump administration pertaining to its involvement with the UN, said Karlyn Bowman, a senior fellow at the Washington-based American Enterprise Institute.

“It is fair to say this administration is seriously re-evaluating policies related to the United Nations,” she said, “whether it is the International Criminal Court or the Human Rights Commission.”

“The Universal Postal Union system of terminal dues is exploited by a handful of countries,” Sean Heather, an executive member of the US Chamber of Commerce, said in a statement, referring to the fees that foreign carriers pay for the final leg of delivery carried out by domestic postal services.

Heather, vice-president of the chamber’s Centre for Global Regulatory Cooperation, said that “American companies should not pay more for package delivery within the United States than what the US Postal Service collects to deliver packages from overseas.”

“Negotiating a fair deal on a bilateral basis that reflects the costs to deliver packages is exactly what is needed,” he said.