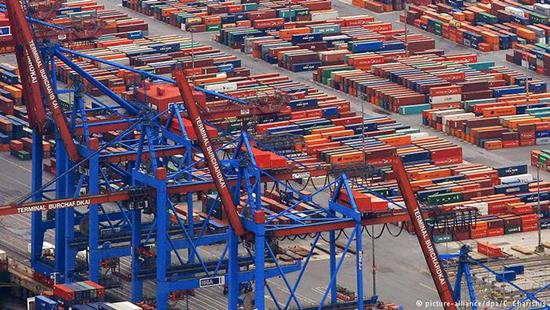 Thousands of investors in insolvent shipping container leasing firm P&R have gathered in Munich, Germany, to discuss what compensation they can hope for in one of the nation’s biggest fraud scandals in recent history.

Once the world’s biggest leasing company for shipping containers, P&R sold containers to investors and a sister firm in Switzerland rented them out to shipping companies. P&R later bought back the containers from investors employing a business model that’s fairly common.

The trouble with the leasing company was, though, that it sold a lot more containers than it actually owned.

Massive irregularities were only discovered in its books earlier this year when P&R filed for insolvency in Germany.

Selling what you don’t own

According to the insolvency administrator, Michael Jaffe, the company, which is based near Munich, had sold some 1.6 million containers to around 54,000 investors for a total of €3.5 billion ($4.12 billion) — but it only had a stock of 600,000 containers.

“The discrepancies in the books started more than 10 years ago and need to be cleared up now,” Jaffe said.

While prosecutors in Munich took P&R founder Heinz Roth into custody and are investigating managers on suspicion of massive fraud, the predominantly private investors have no doubt they were fooled out of their money and want as much of their investment back with the help of the administrator.

Their first big meeting — one out of three — started Wednesday in Munich’s Olympiahalle multi-purpose arena where up to 9,000 wronged investors were expected to ask nagging questions about how much compensation they might get in the end for being tricked into betting their money on the wrong horse.

All in all, the creditors’ claims amount to around €2 billion, making it the biggest investment fraud case in Germany since a similar dubious business scheme was disclosed at a firm called Flowtex, which sold drills it didn’t own.

Many investors in P&R said they were furious about the fraud, adding they had meant to top up their pensions with the expected yields on their capital.

Others voiced criticism of Germany’s financial watchdog, BaFin, slamming it for not being able to discover the fraudulent scheme for about a decade.