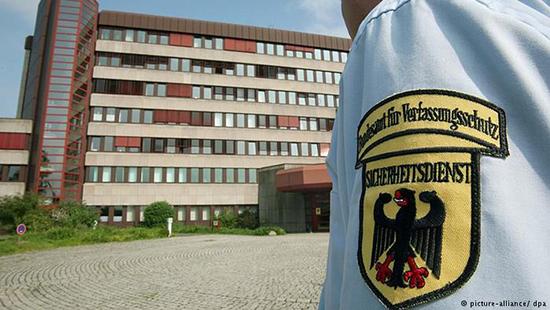 Intelligence officials in Germany thwarted a 2016 attack that was planned by the “Islamic State” militant group. A couple who traveled to Syria was said to be trying to send teams of militants back to Germany.

Three teams of “Islamic State” (IS) terrorists were to have traveled to Germany in 2016 to prepare for and carry out a devastating attack – with the target possibly a music festival.

A man, Oguz G.,  and woman, Marcia M., who traveled to Syrian in autumn 2015 to join IS were to have played a central role in the attack.

From IS’ then-de facto capital of Raqqa, Marcia M. — who was herself a convert to Islam — tried to recruit women in northern Germany to marry IS members so that they could be granted permission to enter Germany. However, one of the women who was contacted was an informant for Germany’s domestic intelligence agency, the Federal Office for the Protection of the Constitution (BfV), who alerted authorities.

Details of the case emerged after an investigation by the German broadcasters ARD and WDR, as well as the Süddeutsche Zeitung and Zeit newspapers. The case was confirmed by the German Federal Prosecutor’s Office.

“We learned of the attack plan, so we were able to able to initiate criminal proceedings in October 2016,” Public Prosecutor General Peter Frank told ARD. “For us, the facts in the case were very concrete and also credible.”

The plans were foiled both as a result of the investigation and the purging of IS from areas that it once occupied. Zeit reported that the couple handed themselves in to Kurdish authorities in October 2017. Since then, they have been held in detention in northern Syria.

There, reporters interviewed Oguz G., who was reported to come from the German city of Hildesheim, in the northern state of Lower Saxony. He claimed to have become embroiled in the attack plan accidentally and to have tried to get out of the situation once he found out about it.

The plot is thought to have been initiated by a high-ranking IS official with the combat name Abu Mussab al Almani, possibly relating to Swiss Islamist militant Thomas C., who died in fighting in Syria.

Editor’s note: In a bid to limit their exposure, Deutsche Welle has decided to withhold terror suspects’ names.