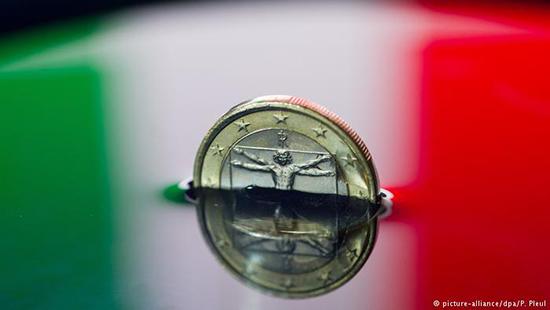 The EU’s budget commissioner has said there are still concerns that the Italian budget could be sent back for revisions. If so, it would be an unprecedented move.

The European Commission has until Monday to raise concerns over the 2019 budget sent by the Italian government to Brussels for review. All EU member states are obliged to make sure their budgets do not breach the Stability and Growth Pact, the EU’s fiscal rule book.

European Commissioner Günther Oettinger denied a report in Der Spiegel that his fellow Commissioner Pierre Moscovici had sent a letter to Rome which should arrive on Thursday or Friday, rejecting the budget.

“It is my personal opinion that based on the figures it is v (very) likely that we have to ask Italy to correct the draft budget,” Oettinger said on Wednesday as he refuted the report. “I did NOT say there is a Commission decision on #Italy, nor that a letter w/ a rejection is being sent this Thursday Friday #Italien #Salvini,” he wrote, in English via Twitter.

If the Italian government is asked to change its budget, it would be an unprecedented move. Should any corrections fail to appear, the Commission eventually has the power to recommend opening an excessive deficit procedure, setting out a fiscal path for Italy to balance its public accounts.

Speaking at a business conference in Moscow on Wednesday, deputy premier and far-right League party leader Matteo Salvini appealed to Brussels, Berlin and Paris to take care of their “own economies” and “let the Italian government take care of Italians.” He added that it was no wonder that a Eurobarometer poll on Wednesday showed only 44 percent of Italians would vote to stay in the EU in a referendum.

Salvini also said that Italy would not support any renewal of EU sanctions on Russia, due to expire in January. “If we are asked to confirm (the sanctions), we will say no,” Salvini said in an online media post from Moscow. “It’s clear that it makes no sense that they are in place.”

The budget sent by Italy earlier in the week includes plans to boost welfare spending, cut the retirement age and limit some taxes. Almost two-thirds of the spending hike of €36.7 billion ($42.35 billion dollars) would be funded by a higher deficit in 2019.

While the 2.4 percent deficit projected for 2019 is well below the EU’s 3 percent limit, it is up sharply from a targeted 1.8 percent this year.

Brussels could indicate the Italian budget plan would be in breach of EU fiscal rules that require Rome to reduce its public debt, which already stands at more than 130 per cent of its gross domestic product (GDP), one of the highest levels in the world.