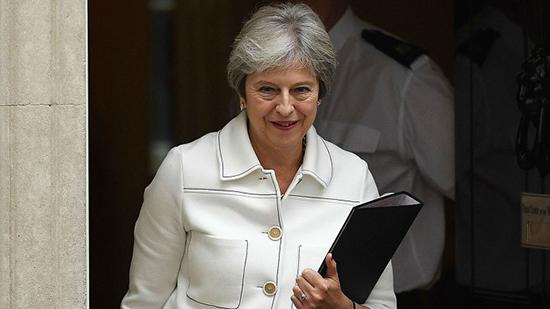 Theresa May is heading to Brussels today in hope of striking a breakthrough in Brexit negotiations with EU leaders.

The prime minister will address the heads of the other 27 EU members, who will then attend a dinner to discuss Brexit in her absence.

But the Irish border continues to be a sticking point in the talks.

European Council President Donald Tusk wants May to come up with a “creative solution” to which both sides can agree, but the PM is in an “impossible political position at home”, says The Guardian.

“Downing Street insiders do not now believe there is much prospect of the EU27 recommending a special November summit to seal a deal,” says Sky News.

Meanwhile, Tusk has warned that the prospect of the UK exiting the European Union without a deal in place appears “more likely than ever before”.

So who would be the winners and losers should a deal fail to materialise?

May agreed last December to pay a so-called “divorce bill” to the EU to cover the UK’s outstanding liabilities, estimated to be in the region of £39bn. Over the summer, Brexit Secretary Dominic Raab claimed the UK could keep the money should no deal be agreed. But the Treasury has since received legal advice that it would still have to pay at least £30bn in the event of no deal after a 21-month transition period, reports The Daily Telegraph. Chancellor Philip Hammond is said to have told Cabinet ministers yesterday that the UK would be unlikely to win any case that went to international arbitration over keeping the money.

EU citizens in the UK

With no agreement in place, EU nationals living in the UK would be in a “form of legal and political limbo – not illegal, but with their status at best anomalous”, says the New Statesman. “Meanwhile, UK nationals elsewhere in the EU would find themselves at the mercy of individual nation states.”

“Trade with the EU would switch to World Trade Organization terms, raising customs checks and tariffs overnight,” explains the Financial Times. As a result, food prices would almost certainly soar. A House of Lords report earlier this year warned that Britons face paying significantly more for their fruit and vegetables, of which almost 40% is supplied from the EU.

A no-deal Brexit could have potentially positive ramifications for people hoping to buy a first home. The housing market could go into retreat if the UK experiences an economic shock, meaning house prices will fall – bad news for homeowners, but good news for those wanting to get on the housing ladder. The Bank of England might also be discouraged from raising base rates, which would see monthly mortgage payments remaining low.

Investors with holdings in overseas companies

Sterling is expected to fall in the event of the UK crashing out of the EU without a deal. As a result, stocks with global exposure would rally, says The Daily Telegraph. Although small British companies would likely lose out, investors with holdings in overseas companies through global or US-focused funds would benefit.

Foreign Secretary Jeremy Hunt has said that the “only person rejoicing” at a no-deal Brexit would be President Vladimir Putin. There was a “distinct whiff of schadenfreude in the Moscow air” after the Brexit EU referendum, notes The Guardian. Russia, which has been keen to push its own Eurasian Union as an alternative to the EU, might welcome the prospect of weakened sanctions and a shift in power relations, the newspaper suggests.