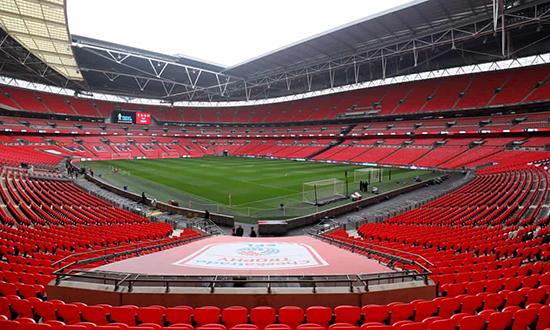 So Shahid Khan, the Fulham and Jacksonville Jaguars owner, has withdrawn his proposed £600m purchase of Wembley Stadium, which grew to seem more jarring and unnecessary the longer the Football Association’s consultations went on.

The FA board, chairman Greg Clarke, and chief executive Martin Glenn had sought a “significant majority” from the governing body’s 127-member council to sell Wembley and spend the proceeds on improving grassroots facilities, which generally constitutes a national disgrace. Khan had written to council members stressing his good intentions for the stadium and English football heritage, but it was always clear his motivation was to strengthen the Jaguars’ and NFL’s lucrative presence in London.

At a non-voting council meeting last week vocal opposition was raised to the sale, including from a group led by Sir David Richards, a former chairman of the Premier League – from whose overflowing coffers more grassroots investment should now be forcefully sought. According to the FA’s statement Khan found himself and his proposal becoming more “divisive” than he had anticipated, leading to his withdrawal before what could have been a difficult council vote scheduled for 24 October.

The FA’s latest research of its 91,000 affiliated teams in 1,100 leagues, repeatedly presented to the council, found that the poor, neglected state of pitches suffering from the government’s scything cuts to local authority budgets, is the dominant lament of grassroots football participants.

In a football nation with 20 mostly overseas-owned Premier League clubs sharing £8.4bn in TV deals from 2016-19, two out of three grass pitches were found to be inadequate. More than 147,000 grassroots matches were postponed last year because of pitches being unplayable. Over decades since the establishment of major public playing fields, particularly in cities, severe underfunding during the last Conservative government from 1979 to 1997, followed by relentless budget cuts since 2010, has also left many with no or pathetically inadequate changing rooms.

The FA, to its credit, has gradually come to focus on this national dilapidation as a central concern, and Khan’s offer promised a “transformational change” while preserving Wembley for England matches and the other set piece football occasions. Glenn told the council in May that by investing the sale proceeds and seeking matched funding for it the FA could release £1bn for grassroots facilities while still having £450m in the bank. Sport England, whose £120m grant towards Wembley’s £757m rebuilding and 2007 reopening would have been reinvested in grassroots facilities, and the sports minister, Tracey Crouch, both supported the sale in principle.

What next for Wembley?

Yet opposition seemed to grow the longer the idea had to sink in. The FA found in a recent survey that 45% of grassroots players, officials and other participants were against it. One player – quoted with admirable openness by the FA – said in a painful nutshell: “It’s like selling Buckingham Palace to Donald Trump.”

The former Manchester United and England full-back Gary Neville condemned the plan as “ridiculous”, pointing to Premier League clubs’ vast revenues and the £211m they paid to agents last year. Football people seriously questioned whether world famous, emotive Wembley, the FA’s £426m rebuilding debt largely repaid, really had to be sold for an NFL marketing base, as the price of doing up community football facilities.

Khan, who had presented his proposal throughout as benevolent, found the debate increasingly uncomfortable and has withdrawn leaving the option open if feelings change. Two NFL games will still be played annually at Wembley, including one currently by the Jaguars, and two further games are contracted per season for 10 years at Tottenham Hotspur’s new stadium.

The Premier League’s relaxed approach to the Wembley sale and the proposed NFL expansion has been a puzzle and, with a £600m windfall now denied to the grassroots, attention will turn again to the top clubs’ burgeoning riches. Ever since the 1992 Premier League breakaway, the contrast has always been shameful between the rundown football parks and the billions garnered by the top clubs, the multimillions made personally by players, their agents, and club owners who have sold their stakes.

The last Labour government’s Football Task Force secured an agreement from the Premier League in 1999 to invest just 5% of their income in grassroots facilities and projects, to ease this disparity. The clubs’ commitment was given in return for the government supporting their right to sell their TV rights collectively as a league rather than individually, which was being challenged by competition authorities.

The popular perception that the Premier League and FA do nothing for the grassroots is wrong: the Football Foundation was formed in 2000 and in the 18 years since the Premier League has contributed £302m, the FA £299m and government £273m, £874m in total. Yet the FA’s own findings and amateur players’ grim experiences are testament to the scale of dilapidation which needs to be addressed. The Premier League’s current annual contribution is just £24m, £100m altogether in facilities and community programmes, which do much good work. That amounts to just 3.6% of the clubs’ £2.8bn TV income, short of the promised 5%. The Premier League representatives were solemnly waving through the FA’s sale of iconic Wembley, a prospect which never won over the football public.

Now, with the collapse of Khan’s proposal, the top clubs should come under intense pressure to cough up more themselves.