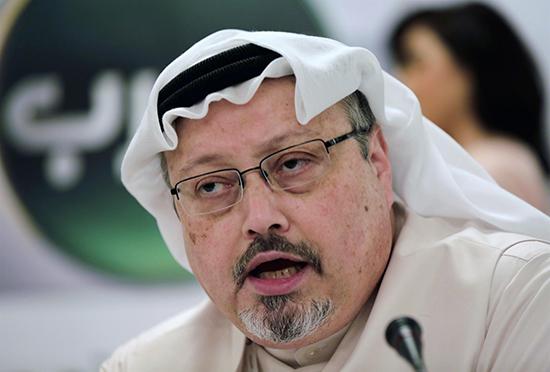 The Washington Post late Oct. 17 published the final column of Jamal Khashoggi, a journalist who went missing this month at the Saudi Consulate in Istanbul.

In the article, titled “What the Arab world needs most is free expression,” Khashoggi wrote about press freedom in the Arab world.

He wrote that after viewing the “2018 Freedom in the World” report by U.S.-based non-governmental organization Freedom House, he “came to a grave realization”.

“As a result, Arabs living in these countries are either uninformed or misinformed. They are unable to adequately address, much less publicly discuss, matters that affect the region and their day-to-day lives. A state-run narrative dominates the public psyche, and while many do not believe it, a large majority of the population falls victim to this false narrative. Sadly, this situation is unlikely to change,” he said.

“The Arab world needs a modern version of the old transnational media so citizens can be informed about global events.

“More important, we need to provide a platform for Arab voices. We suffer from poverty, mismanagement and poor education. Through the creation of an independent international forum, isolated from the influence of nationalist governments spreading hate through propaganda, ordinary people in the Arab world would be able to address the structural problems their societies face.”

Above the column, the newspaper published a note by the paper’s Global Opinions editor, Karen Attiah.
“I received this column from Jamal Khashoggi’s translator and assistant the day after Jamalwas reported missing in Istanbul,” Attiah wrote.

“The Post held off publishing it because we hoped Jamal would come back to us so that he and I could edit it together. Now I have to accept: That is not going to happen.

“This is the last piece of his I will edit for The Post. This column perfectly captures his commitment and passion for freedom in the Arab world. A freedom he apparently gave his life for. I will be forever grateful he chose The Post as his final journalistic home one year ago and gave us the chance to work together,” she added.

Khashoggi has long been feared killed after he entered the Saudi Consulate building in Istanbul on Oct. 2 and was never seen leaving.

On the same day, 15 other Saudis, including several officials, arrived in Istanbul on two planes and visited the consulate while Khashoggi was still inside, according to Turkish police sources. All of the identified individuals have since left Turkey.