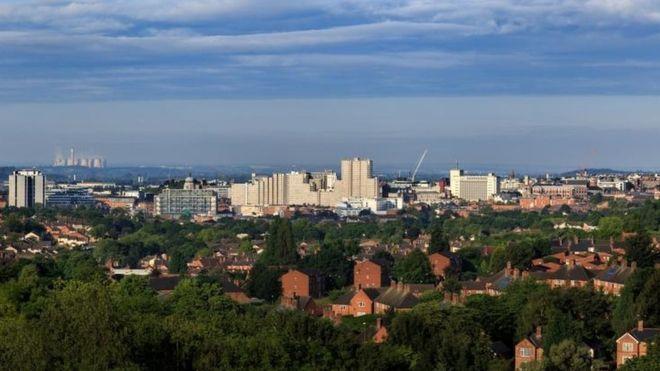 House prices are rising the fastest in the East Midlands, increasing by 6.5% in the year to August, according to official statistics.

Wales also showed a significant rise – up by 6.2% over the same period, according to the Office for National Statistics (ONS).

However, a “sustained slowdown” in the south and east of England has pulled back house price growth across the UK.

On average, the typical UK home has risen in value by 3.2% over the year.

This meant the average UK property cost £233,000, according to the ONS.

Prices fell 0.2% in London during the same period, making it the only English region to record a fall.

Richard Snook, senior economist at PwC, said: “The London market has been flat over this period with Brexit-related uncertainty undoubtedly affecting the confidence of buyers and sellers alike.”

A recent report by the UK’s biggest mortgage lender, the Halifax, said that fewer homes had been on the market in 2018 than in any year of the past decade.

House-hunters have been left with relatively little choice, which means that prices have still risen as a result.