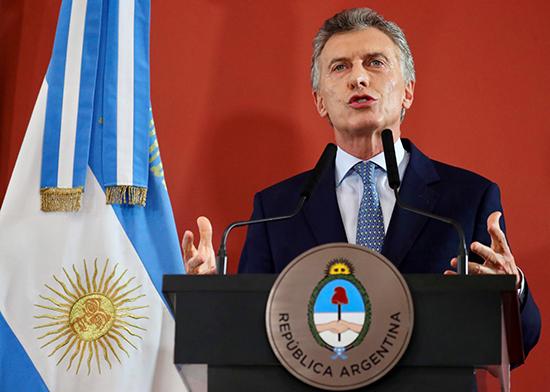 But a poll out this week had a particularly worrisome number that could spell trouble for Macri’s hopes to squeeze additional budget cuts through Congress and win what promises to a be hard-fought re-election campaign next year.

The survey of 2,400 Argentines by local firm Management & Fit showed that for the first time since Macri romped to victory in 2015, 60 percent of Argentines expect the economy to get “worse” or “much worse” over the months ahead. Only 34 percent held that pessimistic view a year ago.

It’s not surprising that Macri’s approval rating – now under 27 percent – is down given that the president was forced to seek an International Monetary Fund rescue package after the country’s currency and inflation spiraled out of control earlier this year.

But, as he raises export taxes and gears up for additional cuts in popular electricity, water and home heating oil subsidies, the poll shows an absence of hope on the part of voters that could poison his re-election effort.

In the latest sign that the government’s shock therapy remedies – including 60 percent benchmark interest rates – are failing to cure inflation, the government this week said consumer prices shot 6.5 percent higher in September, bringing the 12-month rate to 40.5 percent and climbing.

Luckily for Macri, his most prominent opponent, left-leaning populist ex-President Cristina Fernandez, has been too busy fighting off multiple corruption indictments to pose much of a threat ahead of his 2019 re-election bid.

Fernandez has core support of 25 percent, as does Macri, leaving half the country’s voters up for grabs, said Mariel Fornoni, head Management & Fit.

“There is a big hole to be filled by another party. But that party does not exist today,” she said.

Many who voted for Macri in late 2015 did so based on a slick electoral campaign offering hope that his orthodox policies would attract the bricks-and-mortar investment needed to bring sustainable growth to Latin America’s No. 3 economy.

The investment never arrived, and the president has underperformed even the lowest expectations.

“I never had faith in Macri and he still managed to disappoint me,” said 33-year old app developer Ignacio Mazzola, speaking with Reuters as he waited in line with a group of colleagues at a take-out lunch spot in downtown Buenos Aires. Mazzola said he plans to vote for Fernandez if she runs in 2019.

Fellow app developer Axel Romero, 28, voted for Macri but with little enthusiasm. “I expected almost nothing from him, but I did not think it would be this bad,” Romero said. “You would think that crime rates would at least fall with a right-wing government. But more poverty brings more crime.”

Most in the group of millennials at the restaurant said they had no idea whom they would vote for next year.

In a sign of his dwindling political capital, a crack in Macri’s coalition appeared this month when anti-graft firebrand lawmaker Elisa Carrio accused him of being soft on corruption. Losing her Civic Coalition party would be a blow to his ability to pass tax hikes and budget cuts called for by Argentina’s $57 billion IMF standby financing deal.

The peso has lost about half its value against the dollar this year as various moves, from a December loosening of inflation targets to an emergency deal in August to speed up IMF cash disbursements, spooked investors about the country’s economic stewardship.

At the same time, the country’s primary deficit remains at a projected 2.6 percent of gross domestic product this year while Mexico is on track to post a primary fiscal surplus for 2018. Latin America’ other major economy, Brazil, is also running a smaller deficit than Argentina.

After a painful round of cutting public utility subsidies as part of the administration’s fiscal effort, policymakers were caught flat-footed when the resulting increase in electricity and home heating bills fueled consumer inflation.

Argentina’s high labor costs, union volatility and shaky justice system have scared off investors despite a flurry of reforms enacted by Macri early in his administration. The government issued bonds at a brisk pace based on economic growth targets that proved overly optimistic.

With the IMF, which has boosted its aid package to $57 billion, and the bond market clamoring for deficit reduction, the question is how can Macri get the rest of his austerity program through Congress without blowing his chance at re-election.

“The brunt of the utility rate hikes have not yet hit the pocket book of the average Argentine family,” said Daniel Osorio, the head of consultancy Andean Capital Advisors.

“When that occurs later in the fourth quarter and in the first quarter of 2019, I suspect President Macri’s approval rating will be significantly lower than it is now. Certainly a concern in an election year,” he said.