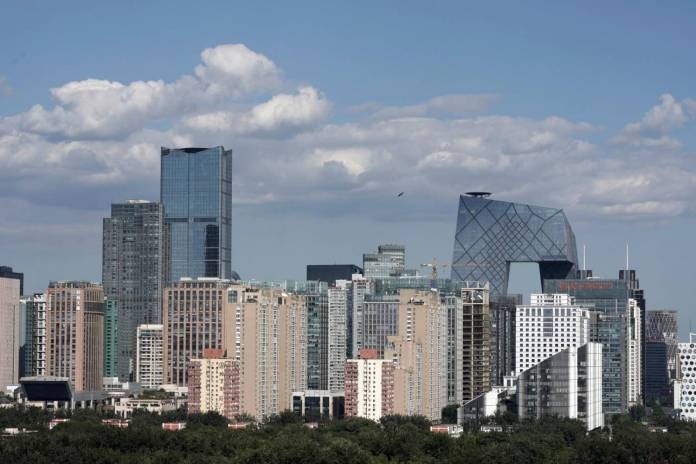 The MSCI’s broadest index of Asia-Pacific shares outside Japan .MIAPJ0000PUS was up 0.05 percent after earlier falling as much as 0.9 percent ahead of the release of China’s latest GDP reading.

Australian shares fell 0.05 percent and Japan’s Nikkei average was 0.7 percent lower, on track for its third straight week of declines.

China shares see-sawed but were up in early afternoon trade amid statements and signs of government support for the market. The Shanghai index, which in the morning fell to its weakest level since Nov. 21, 2014, was up 0.9 percent in the early afternoon. The blue-chip index <.CSI300) was 1.2 percent ahead.

A weak Wall Street on Thursday had earlier set the tone for many Asian markets. The Dow Jones Industrial Average fell 1.27 percent, the S&P 500 lost 1.44 percent and the Nasdaq Composite dropped 2.06 percent.

China’s economic growth in the third quarter slowed to 6.5 percent, its weakest pace since 2009 and below expectations, as a campaign to tackle debt risks and the trade war with the United States weighed on the economy.

“Weakness is largely coming from the secondary industry- most notably manufacturing,” said Betty Wang, senior China economist at ANZ. “We may review our Q4 forecasts. Property investment continues to hold up which may provide some support.”

China’s banking and insurance regulator also said on Friday that it may allow bank wealth management subsidiaries to invest directly in stocks.

“The government has been aware of the negative impact from deleveraging and has swung towards easing around June, but the positive impact is yet to be felt,” he said. “There should be enough funding and if the funds trickle down to public works, we could expect to see positive impact in the next quarter.”

Analysts cautioned that China’s economy would continue to face difficulties.

“Looking ahead, economic outlook is not optimistic with exports facing further headwinds as U.S. tariffs kick in and demand from emerging countries ebbs,” said Nie Wen, an analyst at Hwabao Trust in Shanghai.

China’s premier said this week that the economy faces increased downward pressure, but that government will take measures to stabilize growth amid the trade war.

In the latest trade war volley, the U.S. is requesting that a World Trade Organization dispute resolution panel look into tariffs imposed by China, the European Union, Canada and Mexico in retaliation to U.S. tariffs on steel and aluminum.

Further fraying market nerves, the European Commission on Thursday said a draft 2019 budget from Italy was in “particularly serious non-compliance” with EU rules, setting the stage for a possible unprecedented rejection of the country’s fiscal plan.

On Thursday, the flight to safe-haven assets partly dampened rising U.S. Treasury yields. On Friday, however, the 10-year yield rose to 3.1807 percent from the U.S. close on Thursday of 3.175 percent.

Reporting by Andrew Galbraith, additional reporting by Daniel Leussink and Shinichi Saoshiro in TOKYO and Vatsal Srivastava in SINGAPORE; Editing by Neil Fullick and Richard Borsuk