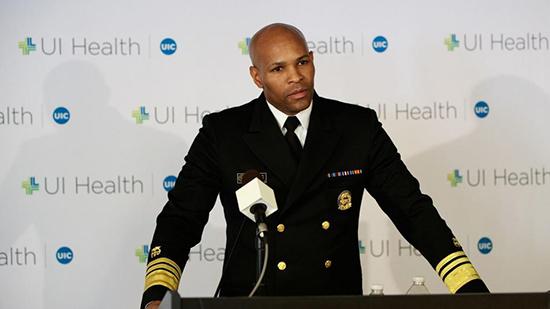 During her pregnancy, “Jasmine,” a black woman in her 20s, went to the emergency room eight times, according to an Illinois Department of Public Health report released Thursday. She complained of pain in her foot and calf. After delivering a healthy, full-term baby, she still experienced leg pain and was told to use ice packs.

At each emergency room visit, she was screened for drug use with negative results, but the blood clot that eventually traveled to her lungs and killed her was never detected.

Her death was highlighted in the Health Department report, which analyzed cases of women who died within a year of pregnancy in 2015. The report revealed that non-Hispanic black women in Illinois were six times as likely to die of a pregnancy-related condition as non-Hispanic white women.

“It’s completely striking,” said Shannon Lightner, deputy director of the Health Department’s Office of Women’s Health and Family Services. “Going into this, we knew there was a disparity, but seeing the numbers is alarming.”

Many of the mothers who died of pregnancy-related causes could have possibly been saved, according to the report. Those mothers include the woman referred to in the report as “Jasmine.” Doctors did not thoroughly screen her for blood clotting issues, according to the report, and her condition was misdiagnosed as back pain. The report also notes that providers appear to have misinterpreted her pain as drug-seeking behavior, illustrating how implicit bias or prejudice can have an impact on the care black women receive.

Lightner hopes the data draw attention to the need to improve care, especially for black women.

“We want to save lives,” Lightner said. “Whatever we’re doing to address maternal mortality in a clinical sense, white women seem to be benefiting from that. But black women are not.”

U.S. Surgeon General Jerome Adams, who attended the news conference announcing the report’s findings Thursday, said Illinois is the only state that reviews both maternal deaths and severe pregnancy complications. “Illinois has shifted the narrative, not only in how we review these cases, but how we can learn from and share these stories to prevent other unfortunate deaths,” he said.

The Tribune reported earlier this year that since 2008 in Illinois, more than 650 women have died of pregnancy-associated deaths, defined as deaths from any cause within one year of pregnancy. Many of these women were black. Advocates and researchers have noted that racism can increase stress on the body and also make women vulnerable to not having their pain taking seriously.

Women should know that complications aren’t only a risk right after delivery. According to the Health Department, of pregnancy-related deaths that occurred between 2014 and 2016, 33 percent of deaths were between 43 and 364 days after delivery.

The committee’s recommendations reflect the layers of issues that affect women’s care. It suggests hospitals should have clear policies for emergency departments to identify postpartum women, and providers should ensure women are connected with a primary care or obstetrics physician and scheduled for a postpartum visit.

Among other recommendations are creating home-visiting programs to help high-risk mothers, implementing the American College of Obstetricians and Gynecologists’ suggested “fourth trimester” of care and expanding Medicaid eligibility from 60 days postpartum to one year.

The committee encourages new moms to have annual checkup visits and to always identify that they are pregnant or were pregnant within the year. Women should also tell providers any new or emerging symptoms — even if they think those symptoms are unrelated to pregnancy or not a significant problem.

Nirav Shah, the Health Department director, said knowing who is dying is the first step toward prevention. “What we can predict, we can ultimately prevent,” he said. “We have to understand the factors that predispose certain women toward dying.” He added: “The stories that we tell in this report are their stories. I’d like us all to keep in mind that as we talk about these numbers, it’s stories we’re talking about, and it’s stories of women.”