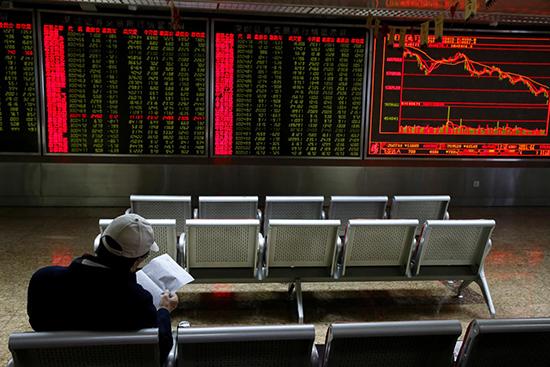 The long-awaited announcement from the China Banking and Insurance Regulatory Commission (CBIRC) came as Chinese stocks traded near four-year lows amid fears of forced selling.

The CBIRC announced the policy change in draft rules that allow banks to set up wealth management subsidiaries to strengthen risk management. The regulator is seeking feedback on the draft, which does not specify what percentage of such WMP funds can be invested in shares.

Li Qilin, chief economist at Lianxun Securities in Beijing, estimates the at most 20 percent of WMP funds could be invested in stocks, adding that some other constraints may limit the potential amount.

Wealth management entities launched by China’s banks will be asked to set aside a risk reserve fund, according to the draft rules.

The minimum registered capital for bank wealth management subsidiaries is 1 billion yuan, while the minimum investment requirement for investors in products sold by such entities has been scrapped.

Many of China’s lenders have launched wealth management subsidiaries as Beijing ratcheted up its tightening of the way funds from WMPs could be invested.

Some of the rules “are kind of loosening control”, said one person in the wealth management department of a large state-owned lender.

“Everything seems to be about boosting market confidence at this moment,” she said.

Reporting by Shu Zhang in Beijing and Engen Tham in Shanghai; Editing by Richard Borsuk