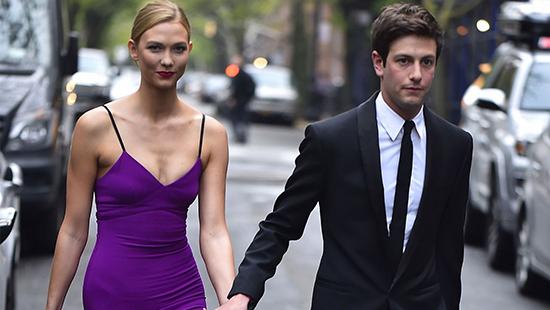 Karlie Kloss and Josh Kushner have tied the knot!

Three months after announcing their engagement, the 26-year-old supermodel took to Instagram on Thursday to confirm the news with a stunning photo of her and Kushner, 33, at their wedding.

The couple said I do in a small, Jewish ceremony in upstate New York, according to People. Per the outlet, the pair will also host a larger celebration in the spring.

“The wedding was intimate and moving,” a wedding guest told the magazine. “The couple was beaming with happiness.”

Back in July, the newly announced “Project Runway” host revealed that Kushner — who is the younger brother of Jared Kushner, Ivanka Trump’s husband who is also an advisor to President Trump — had popped the question.

“I love you more than I have words to express,” Kloss wrote along with a photo of her kissing Kushner on the cheek.

“Josh, you’re my best friend and my soulmate. I can’t wait for forever together. Yes a million times over ?.”

Kloss and Kushner have largely kept their six-year relationship private aside from a few public appearances together including this year’s Met Gala.