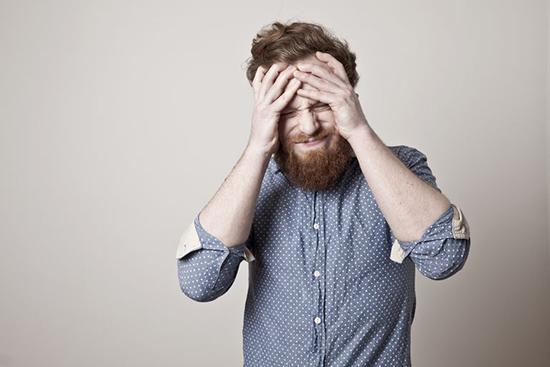 Advice for PTSD sufferers and their families.

PTSD was first documented during the First World War when soldiers developed shell shock as a result of the appalling conditions and suffering they faced in the trenches.

However, the condition wasn’t officially recognised as a mental health condition until 1980, when it was included in the Diagnostic and Statistical Manual (DSM) of Mental Disorders, developed by the American Psychiatric Association.

Some people develop PTSD after they have experienced a traumatic event such as a serious accident, physical or sexual assault, war or torture; or a natural disaster, such as a flood.

PTSD can develop immediately after a disturbing event or weeks, months or even years later.

PTSD is estimated to affect about one in every three people who have a traumatic experience, but it’s not clear exactly why some people develop the condition and others don’t.

PTSD can develop immediately after someone experiences a disturbing event or it can occur weeks, months or even many years later.

As well as being very upsetting, the symptoms interfere with the person’s ability to carry on their everyday life, work and relationships. Treatment helps deal with the symptoms so that people are able to get on with their life again.

What are the symptoms of PTSD?

➡️ Re-experiencing. Here, there are flashbacks of the traumatic event through intrusive memories or nightmares. As well as strong emotions, there may be physical symptoms such as sweating, heart palpitations or panic attacks.

➡️ Emotional numbing and avoidance tactics. Someone with PTSD often chooses to avoid situations that are reminders of the trauma. This can cause them to lose interest in day-to-day activities and become detached from friends and family. Some people also experience ‘dissociation’; a feeling of watching from a distance as events unfold.

➡️ Hyperarousal. PTSD sufferers feel anxious and ‘jumpy’ for no reason, and this heightened vigilance can mean the affected person is constantly on the lookout for danger, leading to irritability and a lack of concentration.

Someone who has experienced a traumatic event may sometimes feel that they have ‘got over’ it, until they are confronted with a reminder that triggers symptoms again. Those affected may also develop other anxiety disorders (such as phobias or social anxiety), depression or problems with alcohol and drug use. These conditions can be present at the same time as the PTSD and require additional treatment.

Treatment usually involves psychological (talking) therapy with the person directly affected (and sometimes their family) by a qualified health professional such as a doctor or psychologist.

The sooner someone is diagnosed and receives treatment, the more likely it is they will recover, but it is possible for PTSD to be successfully treated many years after the traumatic event occurred.

The sooner someone is diagnosed and receives treatment for PTSD, the more likely they will recover.

This means it is never too late to seek help. With help, a person can learn to manage their response in unavoidable situations that previously would have triggered a flashback.

The main type of talking therapy used here is cognitive behaviour therapy (CBT) which is a type of therapy that aims to help you manage your problems by changing how you think and act. Trauma-focused CBT uses a range of psychological treatment techniques to help you come to terms with the traumatic event.

Medication can also be helpful for a time in addition to CBT. With appropriate treatment and support, people with PTSD are able to recover and get on with their lives.

Antidepressants such as paroxetine, mirtazapine, amitriptyline or phenelzine are sometimes used to treat PTSD in adults.

With appropriate treatment, people with PTSD are able to recover and get on with their lives.

Paroxetine is the only medication licensed specifically for the treatment of PTSD, but mirtazapine, amitriptyline and phenelzine are effective and are often recommended too.

These medications will only be used if the PTSD patient:

Advice for family and friends

Post-traumatic stress disorder can have a big impact on relationships. When a person tries to block out painful memories it can appear that they are irritable or uninterested in others.

Help for families and friends to look after themselves and the person directly affected is important. If you need support, try one of the following services: