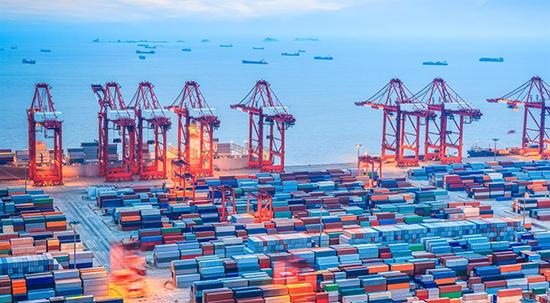 The head of the European Bank for Reconstruction and Development Bank, one of the top investors in Turkey, has praised the country’s new economic program, while stressing “implementation will matter.”

EBRD President Suma Chakrabarti called the recent economic troubles in Turkey a “slowdown” rather than a “crisis,” for which he said “Turkey probably has the right policies to recover well.”

“There has been a lot of economic turbulence in recent months in Turkey but I think the government has gripped the agenda. I praise the government for gripping the agenda. I think it is very much shifting towards a rebalancing and reform agenda,” he told daily Hürriyet in Istanbul on the sidelines of a summit on Oct. 18.

“I like very much the new economic program that was announced in September. I think that program shows the government is well aware of the issues that it has to tackle. The key thing of course in a program of reform is implementation,” Chakrabarti noted, adding that foreign investors and other actors are going to focus on implementation.

According to him, one other important factor for the Turkish economy is an ease in the country’s ties with the U.S. and the EU.

“The economics get affected by the politics sometimes. So the rebalancing of the U.S. and Turkish ties in a positive direction in recent weeks is going to help strengthen the TurkishLira. Foreign investors are also going to take a look at that,” he said.

“Particularly I would also lay stress on the improving relations between Turkey and the EU, which is a major help, as the EU is the main trading partner for Turkey,” he noted, adding that these improvements are all “good.”

“The other thing which is good is the economic policy – which is in the new economic program – and that has clearly changed in the right direction along with fiscal policy,” he said

“What we see now in the Turkish economy is a slowdown, not a crisis,” the EBRD chief stressed.

“We predict this year a 3.9 percent growth, but next year around 1 percent. We’ll do a new forecast in November, this may be changed. But almost certain this was happening at some point because recent years were very much about consumption field growth and there was going to be some slowdown at some point. But the good thing with the new economic program, if it is implemented, is it will give a chance to Turkey to recover faster,” he noted, adding that a full recovery would take some time and that it requires patience.

According to Chakrabarti, two parts of the economic program will be most useful on the road to achieving this goal.

“The first part is fiscal policies. There has been a much greater focus on getting the right fiscal policies. For two years before that, there was overheating of the economy and there was more loose fiscal policy. I think it is good that fiscal policy is tightened up. I met Treasury and Finance Minister Berat Albayrak in Bali last week and we discussed this,” he said, adding that another area of focus was the structural reforms that need to take place in Turkey to achieve its productive potential in the long term.

According to the EBRD chief, the increasing inflation in Turkey was very much to do with the effect of the lira depreciation.

“It was a very rapid depreciation. That situation will get resolved once the lira is stabilized. It is quite hard of the Central Bank to deal with the inflation issue given their rapid currency depreciation and I am not surprised when they had to raise interest rates to try to tackle that. But we have come to a period of consolidation,” he noted.

One of the top priorities for the bank right now in Turkey is deepening the local capital markets and local currency financing, he also noted.

“Around a third of our financing projects was in local currency last year and already this year. That makes it easier for the companies to withstand the shocks of currency fluctuations,” Chakrabarti said.