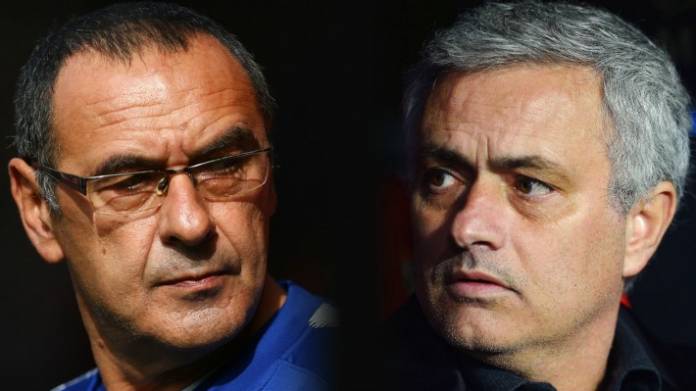 Jose Mourinho has many happy memories of Stamford Bridge from his two spells in charge of Chelsea. But as Manchester United manager his record in west London is played three, lost three.

The Portuguese, who won three Premier League titles with the Blues, is under pressure at Old Trafford after poor results on the pitch and reports of squad unrest off it.

Currently eighth in the Premier League table, Mourinho’s side face a tough task this weekend when they go up against second-placed Chelsea, who are unbeaten after eight matches. Chelsea are level on 20 points with leaders Manchester City and third-placed Liverpool.

After United’s dramatic 3-2 victory against Newcastle last time out Mourinho and his squad have had to wait for two weeks to get back to Premier League action following the international break.

According to reports Mourinho was set to lose his job at United whatever the result was against Newcastle. However, he remains in the Old Trafford hot-seat and is ready to take on his former club and their new boss Maurizio Sarri.

While Mourinho achieved great success in the home dugout at Stamford Bridge his record as a visiting manager has been “wretched”, says Sky Sports. The broadcaster reports that the Red Devils have not won at Chelsea in their last eight visits and Mourinho has lost all three games there as United boss – by an aggregate scoreline of 6-0.

Sarri says he does not know if Chelsea are playing better football now than under Jose Mourinho, a coach he points out has won everything everywhere. Sarri adds that the media should respect Mourinho also. #CHEMUN

Respect from both bosses

Speaking at the pre-match press conference on Friday United boss Mourinho said he would “control himself” on the touchline at Stamford Bridge.

Talking to Sky Sports, he said: “For me it’s another game. Would I celebrate like crazy my team’s goal or victory at Stamford Bridge? I don’t think so.

“I think I will try always to control myself and to respect the stadium and supporters that were my supporters and my stadium for many years. To do that I would have to lose my emotional control, which is not easy.

“I think I would always think where I am, which stadium I’m in and which public is in the stands. Apart from that, it’s just another match for me. A match I want to do well in for my players, my team and my supporters, that’s what I want.”

Meanwhile, for Chelsea boss Sarri it will be his first meeting against Mourinho. The Italian says he respects his opponent: “We are talking about a coach who has won everything. He has won everywhere. So I think that I have to respect him.”

Goal.com reports that Chelsea defender Antonio Rudiger is a doubt because of a groin problem while Wales star Ethan Ampadu could also miss out.

Despite Rudiger pulling out of Germany’s matches with Holland and France last week, the Daily Express says he could recover in time to partner David Luiz in the centre of the Chelsea defence.

How Chelsea and Manchester United could line up at Stamford Bridge, according to the Daily Express.