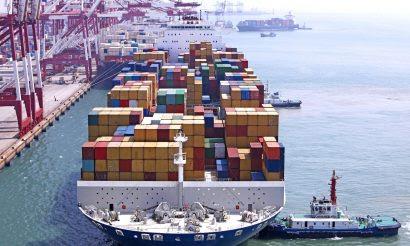 GDP growth came in at an anemic 6.5% in the third quarter, the slowest rate of expansion for nine years

You have to go back to the dark days of the 2009 Great Recession to unearth figures such as these. In yet another sign that China’s economy is cooling, GDP growth came in at an anemic 6.5% in the third quarter, the slowest rate of expansion for nine years.

Battered by the trade war and the clampdown on corporate and local government debt, the world’s second-largest economy is also struggling with a meltdown in the markets.

“There are still many unknowns with China-US trade frictions, so the economy will face some downward pressure,” Mao Shengyong, a spokesman for the National Bureau of Statistics, said on Friday.

Despite tumbling from 6.8% and 6.7% in the previous two quarters, the number was still in line with Beijing’s target for the year.

Moreover, this latest snapshot of the economy was released just a week after China’s exports unexpectedly jumped last month with firms front-loading shipments to dodge tariffs on more than US$250 billion worth of imports into the United States.

The politically-sensitive surplus with the US was also a staggering $34.13 billion, which surpassed August’s record of $31.05 billion.

“Front-loading impact is quite obvious,” Betty Wang, a senior China economist at ANZ in Hong Kong, said at the time. “If that’s the case then I think further downside risk can be expected in the fourth quarter.”

What is not in doubt is that stronger export figures will only exacerbate the dispute between the two economic superpowers.

They also tend to gloss over a mixed picture of business stats. Last month, factory output growth was a sluggish 5.8% compared to the same period a year earlier.

Yet fixed-asset investment expanded at a slightly faster-than-expected 5.4% in the first nine months of the year. Still, the factory output reading was the weakest since February 2016.

“While export growth picked up last month, industrial production slowed, underscoring the downward pressures on growth for the rest of the year,” Oxford Economics analysts said in a statement on its website.

During the summer, China’s economy showed signs of stalling with manufacturing profits slowing for four consecutive months. Mainland markets have also fallen to levels not seen since 2015 with nearly $3 trillion wiped off the Shanghai Composite Index in the past six months.

All this has come at a time when business confidence has dipped significantly.

“We expect a further escalation of US-China trade tensions going into 2019, which will likely be partially offset by yuan adjustment and more growth-supportive fiscal and monetary policies,” economists, led by Zhu Haibin, at investment bank JPMorgan Chase said in a note.

Analysts and economists are even predicting that this loss of momentum could bring the curtain down on Beijing’s fiscal tightening policy. Others are not so sure.

“The worst is yet to come,” Kevin Lai, an economist at investment bank Daiwa Capital Markets, said in a note to clients.

What a sobering thought.