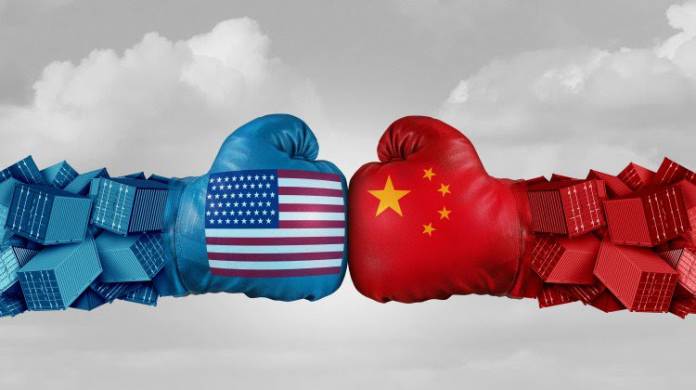 Experts that Beijing has called on for advice in the trade battle with the US have largely avoided offending their supervisors Some experts did insufficient research, or gave responses to serve their backers’ interests

Chinese policymakers have been left searching for answers to the trade war with the US because the domestic think tanks Beijing has called on for guidance have provided “filtered information” to avoid offending supervisors, sources close to the Chinese government and diplomatic observers said.

Beijing’s researchers also have been hamstrung by government restrictions on foreign travel that have limited the ability to devise a suitable response to the aggressive trade moves made by the administration of US President Donald Trump, the sources said.

In the six months since the US slapped punitive 25 per cent tariffs on US$50 billion of goods imported from mainland China, Beijing officials have been frustrated as the think tank experts being consulted for advice on a response only serve their backers’ interests, people involved in the consultations told the South China Morning Post.

In some cases, the experts had done insufficient research on the matter, the people said.

“Although the think tanks are all government-affiliated, their stances vary sharply,” a source said.

As the trade war ratchets up, it has triggered a wave of reflections on China’s policies among domestic elites – and criticism of the body of experts who have provided advice and ideas to the government.

The undertaking – representing a sharp departure from former paramount leader Deng Xiaoping’s diplomacy maxim of “hiding capacities and biding time” – is blamed by some critics for triggering confrontational anti-China sentiment in the US.

China’s focus on fostering bigger and stronger state owned enterprises also is accused of fostering discrimination against the country across the global marketplace.

“Some think tanks took the chance to press for reforms, while some maintained China should adopt a tough stance,” a source said. “Opinions vary and divergence is big, which is OK. The biggest disappointment came from some think tanks who did not tell the truth.”

When Beijing attempted to understand the thinking of foreign businessmen, some government ministry-affiliated think tanks were found filtering the information they gathered through the communication channels between foreign chambers of business and their ministries, according to the sources.

Since the think tanks serve their direct supervisors’ interests, top leaders relying on those experts for an accurate analysis of what foreign businesspeople were thinking and feeling about the rising China-US trade tensions were inevitably frustrated, the sources said.

China has more than 500 registered think tanks, compared with America’s 1,800. Most Chinese think tanks are government-backed.

The Chinese government has boosted funding support to think tanks in recent years.

Seven times, China made the list of the world’s top think tanks in the 2017 Global Go To Think Tank Index Report, published by the Lauder Institute at the University of Pennsylvania early this year. The top Chinese think tank was ranked 29th out of 170 globally.

To bolster its US research and improve its ability to devise effective policies to blunt Trump’s assault on China, the Ministry of Finance, for the first time, set up an alliance of 20 Chinese think tanks in July.

“Segmented, isolated and serving their direct bosses have been a chronic problem of China’s think tanks,” said Li Zhongshang, a Renmin University professor who once worked with the People’s Bank of China and the Chinese embassy in Australia.

“While it has been easier to get funded in recent years, many researchers still attach more importance to securing funding and pleasing their supervisors,” Li said.

“They care less about research quality, because they know it is hard to influence decision-makers with their findings – unlike in the US, where advisers could even send actors, businessmen or other unprofessional politicians to the epicentre of politics.”

Li Guoqiang, a research fellow with the Development Research Centre of the State Council, said, “Some researchers just stay in front of computers. They never bother to pay field visits. No one can rely on such research to tackle problems in reality.”

Researchers in the Finance Ministry’s think-tank alliance said China’s research on US affairs did not go deep enough to prepare Beijing adequately for the impending trade tussle being driven by the US president, who promised voters in the 2016 election campaign that he would crack down on alleged Chinese trade violations.

The Trump administration is continuing to step up its attacks on China ahead of US midterm elections in three weeks.

Wang Huiyao, founder and president of the Centre for China and Globalisation, an alliance member, said China-US communication is crucial at this moment, but efforts to understand the trade battle have been hampered by Beijing’s visa limitations.

Researchers have told the Post that Beijing has only allowed China’s policy specialists to make brief visits to the US, some as short as one week. The limitation makes thorough investigation and quality communication with American contacts impossible, the researchers said.

“Other than bilateral diplomatic ties, China must do more research on China-US trade numbers, on US laws and US industries, areas where research is significantly insufficient,” Wang said.

Beijing remains undecided on its next moves in the trade war, sources said. “For the imminent future, China will probably maintain a wait-and-see stance when Trump is playing a leading role in the trade war,” a source said.

Speaking at a Group of 30 international banking seminar held on the sidelines of the International Monetary Fund and the World Bank’s annual meetings in Bali on Sunday, China’s central bank governor Yi Gang said the nation is seeking to solve trade tensions with the US “constructively”.