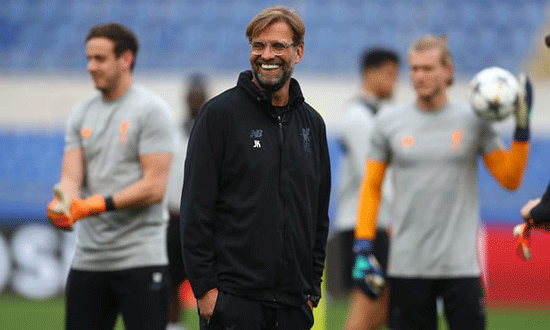 Read John Aldridge in the Sunday World every week

John Aldridge has admitted he shares Jurgen Klopp’s concerns over Liverpool’s form, even though they are level on points with champions Manchester City at the top of the Premier League.

Liverpool boss Klopp expressed his annoyance at his side’s unimpressive performance after their 1-0 win at Huddersfield on Saturday evening, with Liverpool goal scoring great Aldridge agreeing with those sentiments he suggests the uncertain form of star man Mohamed Salah encapsulated the team’s efforts in recent matches.

“Salah’s performance at Huddersfield summed up his efforts so far in what has been a strange season for Liverpool’s main man,” stated Aldridge.

“His first half goal was a clinical flashback to what we got used to seeing from the Egyptian week after week, the he was tearing defences apart and scoring goals at a rapid rate.

“Everything Salah touched turned to gold last season, but the game has suddenly started to look hard for him in the last couple of months, as he has sunk into a hole that he has only occasionally emerged from.

“He set expectations at a ridiculous height with his performances in a season that saw him finish with 44 goals in all competitions for Liverpool and while it was always going to be too much to expect him to repeat that, I think he is capable of so much more than we are seeing at the moment.

“It’s not a fatigue issue in my eyes, as I believe he has lost a bit of confidence in all aspects of his game and that is translating to some less than convincing performances.

“When you see him producing the kind of finish we saw from him to give Liverpool a lead last night, the hope is that it will spark him into life and wake him from his slumber, but something is not quite right.

“He is missing chances, not making the kind of runs we saw from him time and again last season and Jurgen Klopp has to find a way to get him back somewhere near his best if Liverpool are to have any chance of challenging for the Premier League title.”

Aldridge believes Liverpool have lost momentum throughout their team, but he is confident they can click back into gear in the Champions League clash against Red Star Belgrade at Anfield on Wednesday.

“This may sound a little negative to Liverpool fans as the team returned to joint top spot in the table after a 1-0 away win, but I felt they were fortunate to be playing against moderate opposition because their display lacked the quality needed for a team with title aspirations,” he added.

“If Huddersfield had a decent striker, they could easily have snatched a point or more and Liverpool may have deserved that kind of slap in the face on a night when I would describe the collective display as sloppy.

“They gave the ball away too often, failed to deliver the final ball when the chance was there and you could see from Klopp’s animated antics on the touchline that he was as frustrated as me watching that match.

“Liverpool have taken so many strides forward in the last year, but displays like we saw at Huddersfield will not frighten any of the big teams in the Premier League and Klopp will not need me to remind him about that.

“Yet these things can turn around very quickly for top class players. Liverpool were in a similarly uncertain period at this stage of last season before they hammered Maribor 7-0 away from home and the goals started to flow at a rapid rate after that.

“Salah and his attacking partners have a great chance to boost their confidence levels when they take on Red Star Belgrade in the Champions League at Anfield on Wednesday night and that is the kind of game that can spark some self belief in a team.”