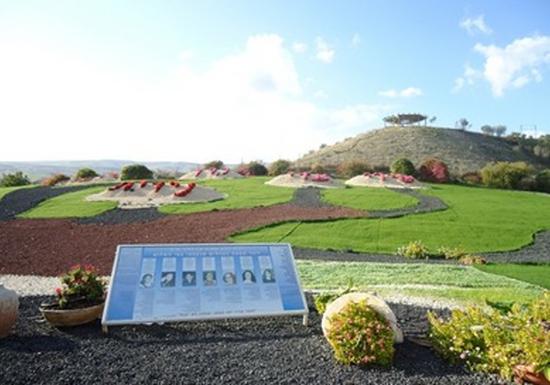 On the anniversary of the assassination of former prime minister Yitzhak Rabin, who signed the peace treaty with King Hussein, King Abdullah announced his intention to cancel the annexes.

Senior Jordanian officials in Amman told the daily Al-Hayat on Monday that the kingdom could have shown greater flexibility in dealing with Israel, but chose not to.

The statement came after Jordan announced its decision to cancel the annexes to the peace treaty between the two countries, which deal with the lease of the Island of Peace in Naharayim and the Tzofar enclave in the Arava by Israel.

According to the sources, Amman could have been more flexible on the issue of renewing annexes to the peace agreement, but it encountered a stubborn policy from Netanyahu’s coalition, including sturdy positions concerning Jerusalem and other holy places.

On the anniversary of the assassination of former prime minister Yitzhak Rabin, who signed the peace treaty with King Hussein, King Abdullah announced his intention to cancel the annexes to the peace agreement with Israel.

Under the 1994 Jordan-Israel peace agreement, these two areas “will fall under Jordanian sovereignty with Israeli private land use rights. These rights include unimpeded freedom of entry to, exit from and movement within the area. These areas are not subject to customs or immigration legislation. These rights will remain in force for 25 years and will be renewed automatically for the same period unless either country wishes to terminate the arrangement, in which case consultations will be taken.”

“This has always been our top priority,” King Abdullah wrote on Twitter, “and our decision to withdraw from the annexes to the peace agreement is based on our desire to take what is needed for Jordan and the Jordanians.”

According to a report in the Jordan Times, the king’s decision followed a request from government activists not to renew the agreement and to revoke Israeli ownership from Jordanian land.

Both areas are used by Israel for agricultural purposes.

Eyal Blum, head of the Central Arava Regional Council, said in response to Jordan’s decision that “the agricultural areas in the Tzofar enclave are very significant in terms of security of the region, livelihood, and agriculture in the central Arava. This means the collapse of 30 agricultural farms on an area of 1,400 dunams.”

“I call upon Prime Minister Netanyahu to resolve this crisis immediately. Apart from the agricultural importance of the areas, they constitute a buffer between the inhabited areas in the Arava and the Kingdom of Jordan.”

Agriculture Minister, Uri Ariel announced on Sunday that he instructed the Director General of the Agriculture Ministry to prepare for the scenario in which the Jordanians implement their decision. “The farmers will not remain alone,” he said.

“We will find the best solution for them.”

According to the agreement, the annex governing the two areas will “be renewed automatically for the same periods, unless one year prior notice of termination is given by either Party, in which case, at the request of either Party, consultations shall be entered into.”

Herb Keinon and Khaled Abu Toameh contributed to this report.