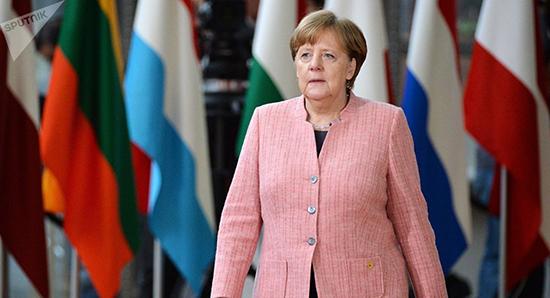 German Chancellor Angela Merkel said it would be “impossible” to continue arms exports to Saudi Arabia after the death of Saudi journalist Jamal Khashoggi.

The Chancellor pointed out that Germany firmly condemned the murder of Khashoggi — an event that took place within the Saudi consulate in Turkey’s Istanbul — and called for a thorough investigation into the incident.

“I agree with all those who say that the already limited arms exports […] can’t take place in the situation we’re currently in,” Merkel told reporters in Berlin, according to The Associated Press.

“Concerning arms exports: that is impossible under the circumstances we see,” she added, noting that Germany is considering additional “reactions” to Khashoggi’s death.

Earlier this week German Foreign Minister Heiko Maas said that there was “no basis” to continue arms sales to Saudi Arabia “as long as we don’t know what happened.”

Germany joined France and the UK in a call for a “credible” investigation into the disappearance and death of Khashoggi, a prominent critic of Saudi policies, who was last seen entering Saudi consulate on October 2.

A US administration official stated that the Trump White House would “closely follow the international investigations into this tragic incident and advocate for justice that is timely, transparent, and in accordance with all due process,” cited by Reuters.

The US president on Saturday nonetheless asserted with characteristic overstatement that canceling weapons sales to Riyadh would be “not helpful” as it might affect “over a million jobs” in the US.

“But there are other things that could be done, including sanctions,” Trump suggested, cited by NDTV.

Riyadh, after announcing an internal investigation, claimed to have detained 18 people in connection with the case and freely admitted that Khashoggi was killed inside the consulate in what Saudi officials described as a “fist fight,” cited by the BBC.