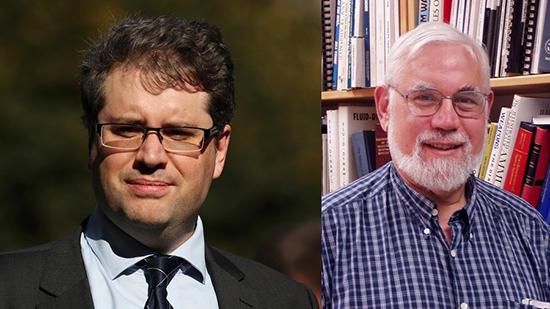 A debate between Bellingcat’s Eliot Higgins and MIT Professor Theodore Postol on the alleged chemical weapons attack in Khan Sheikhoun, Syria in April 2017 got heated as the two accused each other of covering up war crimes.

The opponents met on the grounds of the Center for Investigative Journalism’s Conspiracy conference in London on Saturday, engaging in a bitter war of words. Not that anyone expected the meeting to be peaceful, given how Higgins earlier refused to meet the Massachusetts Institute of Technology professor and former scientific adviser for the Pentagon, simply calling him “an idiot.”

Excerpts from the debate have been posted on social media.“Ted, have you found anything useful in Eliot’s work?” the moderator of the debate asked. “No,” he replied shortly, sparking laughter from the audience.

Bellingcat’s chief was seemingly offended by such an evaluation, launching a bitter personal attack on Postol … only to be immediately returned the favor.

“I think that Ted’s work is a disgrace. It’s being used to deny war crimes,” Higgins stated boldly. “And I think it’s absolutely disgusting.”

“You fabricate the data and arguments. You are essentially causing people, who might have committed a war crime, to go free,” Postol replied in a calm manner of speech as opposed to Higgins’ agitated reaction.

The full video of the talk which includes both side’s technical assessment of the incident is not available as of yet. However, people who were present at the conference pointed out that “Eliot demonstrated that he had no real expertise — or any kind of real authority on the subject: not political, not scientific, not analytic or even personal.”