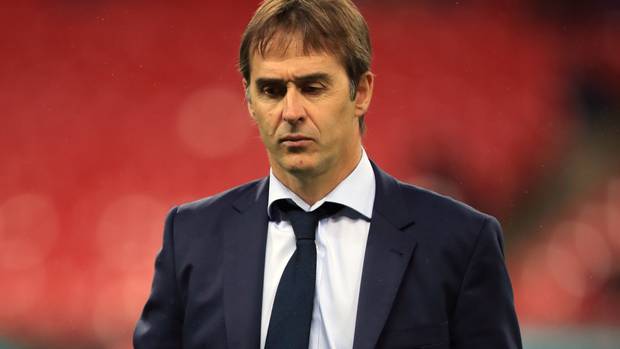 Real Madrid chiefs are ready to relieve head coach Julen Lopetegui of his duties after a disastrous start to their season, with former Chelsea manager Antonio Conte being tipped to take over.

Lopetegui was sacked as Spain coach days before last summer’s World Cup finals after it emerged he had agreed to take over at Real Madrid after the tournament, but he has endured a torrid few months at the Bernabeu.

Real Madrid are currently on a five-game winless run in all competitions and their 2-1 home defeat against Levante on Saturday appears to have been the final straw.

Reports in Spain suggest Lopetegui’s exit will be confirmed imminently, with some familiar names being linked with one of the most prestigious managerial posts in the world game.

Wenger has confirmed that he turned down the chance to manage Real Madrid on a couple of occasions during his lengthy spell in charge of Arsenal and it may be that he is tempted by an offer to return once again now.

Real’s B team manager Santiago Solari is being touted as a possible replacement, if the club’s hierarchy decide to install what may be viewed as a caretaker manager before targeting their chief target next summer, with that man believed to be Tottenham manager Mauricio Pochettino.