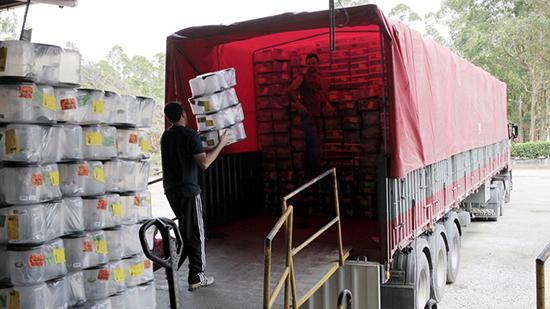 India aims to capitalize on the Sino-American trade war and has already compiled a list of 180 products its companies could export to the US, to substitute for the up to $10bn-worth of Chinese goods targeted by Trump’s tariffs.

After Washington slapped hiked tariffs on $200 billion-worth of Chinese imports last month, covering almost 6,000 items ranging from consumer goods to food products, New Delhi compiled a list of some 180 articles which it now hopes to sell to the US, the Times of India has learned from its sources in the ministry of commerce.

Indian companies might fill a gap of some $8-10 billion in the American market without the Chinese goods, the report claims. The wide inventory which India hopes to ship to the US ranges from auto parts to chemicals. “It could be $2-3 billion or more, depending on how quickly and effectively Indian companies move,” one of the sources told the publication.

Yet while the idea sounds good in theory, the US might be reluctant to accept the Indian offer considering a $27 billion deficit Washington had with its ninth largest goods and services trading partner last year. After all, the urge to narrow the “unfair” trade deficit in trade with China, which reached $375 billion in 2017, and protecting American intellectual property rights, is what led to the Sino-American trade war in the first place.

With Donald Trump’s ‘America First’ policy dominating business and politics, the US President recently reminded India that it behaves like a “tariff king” and must lower its import tariffs to maintain the “privilege” of trading with the US.

India and the US have been trying to negotiate favorable trade conditions since June, after Washington introduced new steel and aluminum import duties, which, among others, hit New Delhi. While India threatened tariff hikes on 29 American products worth $10.6 billion as early as August, Prime Minister Narendra Modi’s government so far hesitated from implementing the measures, pending the outcome of bilateral negotiations. If trade talks fail, however, India’s hikes could go into effect as early as November.

The prospects of increasing sales to the US were also dimmed following Modi’s decision to purchase Russia’s state-of-the-art S-400 Triumf air-defense systems in defiance of the US pressure. After the $5.4 billion deal was inked earlier this month, Trump promised that Washington’s retaliation – under the so-called Countering America’s Adversaries Through Sanctions Act – might come “sooner than you think.”