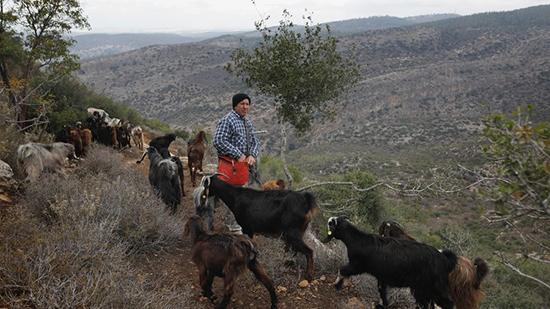 Jordan has announced its intention to reclaim full sovereignty over farmland leased to Israel as part of the 1994 peace treaty. Calling such a change “unacceptable” after so many years, Israel has vowed to renegotiate the deal.

“We are practicing our full sovereignty on our land,” King Abdullah II said Sunday, announcing the Kingdom’s intention to opt out of parts of the peace treaty which permitted Israelis to use 405 hectares of their farmland. In an “era of regional turmoil,”the King stressed, “our priority in these regional circumstances is to protect our interests and do whatever is required for Jordan and the Jordanians.”

Israel and Jordan signed a peace treaty in 1994, part of which included handing over lands to Tel Aviv for 25 years which Amman can claim back if it cancels the existing arrangement. The territories in question are known in Arabic as al-Baqura and al-Ghamr, and Naharayim and Zofar in Hebrew.

The agreement is automatically renewable unless either Tel Aviv or Amman gives a year’s notice to terminate the deal. The deadline for renewing the leases within the one year’s notice is set for this Thursday, October 25.

The head of Central Arava Regional Council expressed grave concern over the idea that farmland which they have got so used to will have to be returned to its owner. “The agricultural lands in the Tzofar enclave are significant to the security of the area, the state, the livelihood of the residents and agriculture in the central Arava,” Eyal Bloom noted, pointing out that if the land is reclaimed by its owner, 30 Israeli farms in the area would cease to exist.

“It is unacceptable that after so many years, there would be such a huge disruptive change,” Bloom emphasized.

The news, however, was well received in Jordan, with many officials praising the “historic” decision, “which serves the higher interests of Jordan.” The King’s announcement was prompted by mass public pressure and demands for the monarchy to reclaim their pastures. Taking to the streets Friday, Jordanian activists shouted in unison “The people want national honor” and “The story is about national sovereignty.”

In the meantime, Israeli Prime Minister Benjamin Netanyahu has cautiously expressed hope that Jordanians will change their mind. He stressed that he will work with Jordan in an effort to try to renegotiate the land agreement.

“We will go into negotiations with them on the option of extending the existing agreement,” Netanyahu said. Since Jordan and Egypt are the only two Arab countries in the world that have a peace treaty with Israel, Netanyahu stressed that the Israeli-Jordanian treaty serves one of the “main anchors of regional stability.”