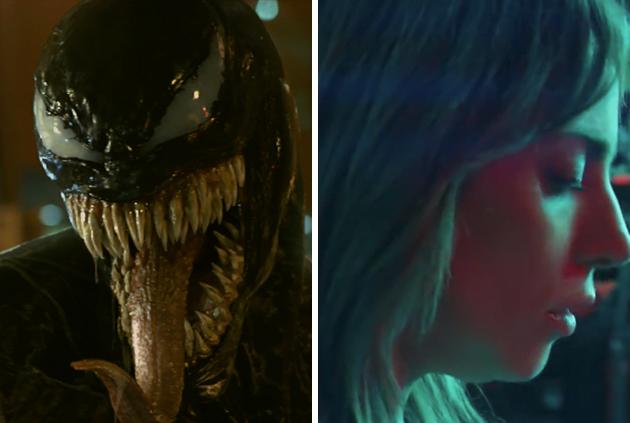 UPDATED, Sunday writethru: Sony’s Venom continues to lead the international box office, scoring a hat trick at No. 1 with $32.3 million this weekend for an offshore cume of $290.7M and a global total to date of $461.2M — and that’s with China and Japan still on deck. In second, Warner Bros’ A Star Is Born rocked out to $22.8M to push the offshore total to $74.7M and the worldwide tally past the $200M mark.

Behind those overseas is Universal/Miramax/Blumhouse’s Halloween. The pic’s offshore rollout is staggered with Jamie Lee Curtis’ badass Laurie Strode striding into 23 markets this session, including only three majors. The reboot-sequel slashed away at $14.3M in its debut. Coupled with the movie’s scary good domestic opening, that lifts the worldwide bow to $91.8M.

The overseas Halloween numbers are in line with where Universal had the pic as we headed into the weekend, though they are lower than projections of some industry sources who were over-bullish on the offshore start — expecting IT and The Nun-style scores amid all that domestic anticipation. Even in horror-loving markets, slasher movies have a tougher time.

Nevertheless, the only majors to go this session were Mexico, the UK and Russia as the majority of the remaining 46 markets go next weekend and should see curiosity piqued by the outsize domestic performance. Mexico had a great start to lead the David Gordon Green-helmed pic’s overseas play with $5M at No. 1. This gives Blumhouse its best debut ever and the fifth all-time highest for a horror film. The UK came in with $3.6M for Blumhouse’s fouth best opening weekend and the biggest of the past five years.

In the UK, Halloween was in a knife fight with Star Is Born which dipped just 4% locally to take No. 1. The Bradley Cooper/Lady Gaga-starrer further debuted in Australia with the top WB opening of 2018 at $4.7M.

Elsewhere, Universal’s First Man had a decent second weekend, opening No. 1 in Korea to top comps including Arrival, Sully, The Wolf of Wall Street, Everest and Captain Phillips. The studio’s Johnny English Strikes Again, which is out in 57 offshore markets before getting to North America next session, is within striking distance of $100M.

And, here’s something we haven’t had in a while: Disney has no material global box office results to report this weekend. Regular reporting recommences in early November with its opening of The Nutcracker and the Four Realms.

There are no major wide releases this week, Lionsgate’s Hunter Killer will stalk some markets, and the rest are holdovers and expansions while Fox’s The Predator goes to China. Fox is also taking the UK stage with Bohemian Rhapsody on Wednesday, after premiering the Queen biopic at Wembley Stadium on Tuesday night.

Breakdowns on this week’s films have been updated below.

Universal, Miramax and Blumhouse have a domestic opening to crow about this frame with the reboot-sequel of the classic horror franchise, and despite some overly-bullish pre-weekend projections from outside sources, the international debut is in line with where the studio always saw this one coming in offshore. At $14.3M, the David Gordon Green-helmed pic that brings Jamie Lee Curtis back to her iconic Laurie Strode character is tracking above such comps as Split (+11%), A Quiet Place (+43%), The Conjuring (+46%) and Jigsaw (+127%).

The majority of markets come online next weekend, moving closer to the actual Halloween holiday. There are no major wide releases on deck overseas until the very tail end of the month and heading into November.

Out in 23 markets this session, Halloween ranked No. 3 overall internationally and had a top bow in Mexico with $5M at 845 locations to score No.1 and Blumhouse’s best launch ever, as well as the 5th best for a horror film period. As we’ve noted, Latin America leans into horror, but slasher pics have a tougher time. That makes comps to recent smashes like The Nun and IT a bit tougher. The Mexico weekend is above The Conjuring, Lights Out, Poltergeist, Don’t Breathe, Happy Death Day and Jigsaw.

The UK saw Halloween face off with a strong hold for A Star Is Born, coming in No. 2 with $3.6M at 530. It’s tracking in line with The Conjuring 2 and above Split, The Conjuring, Annabelle: Creation, Annabelle, Jigsaw, Lights Out, Don’t Breathe and Happy Death Day.

As with the UK, Russia gave Blumhouse its 4th best opening ever, slashing up $1.8M at 1145 sites. This is above Lights Out, The Conjuring, Happy Death Day and Annabelle.

Other markets of note include Indonesia where Michael Meyers was the top draw with $1.1M from 220 locations, and Finland at No. 1 with $271K at 79 to top all comps.

Next weekend’s notable adds for tricks and/or treats include France, Australia, Brazil, Italy, Germany and Spain.

For the 3rd weekend in a row, Sony’s Venom kept its fangs into the No. 1 spot internationally, this session adding $32.3M in 65 markets. That lifts the offshore cume to $290.7M and the global total to $461.2M. This is before key releases in Japan on November 2 and China on November 9. Outside China, Venom is looking at a finish in the $350M range for overseas and upwards of $600M global.

A STAR IS BORN

Warner Bros’ A Star Is Born is holding tight overseas with a slight 20% drop from its sophomore frame last week. The current session was worth $22.8M in 75 markets and on about 8,620 screens. The international cume is now $74.7M with global surpassing $200M at $201.1M to date.

The last key market to open is Japan on December 21.

Adding 25 markets this session, Universal’s critically lauded First Man boosted its offshore cume by $13.4M to take the international tally to $25.5M and global to $55.5M.

Korea was a solid start for the Damien Chazelle-helmed Neil Armstrong biopic with $3.5M at No. 1 and tracking above Arrival, Sully, The Wolf Of Wall Street, Everest and Captain Phillips. That was at 444 locations.

Next session sees the Ryan Gosling-starrer in a handful of smaller markets while Italy goes October 31, followed by Germany and Mexico the first week of November.

Warner Bros’ animated yeti movie opened in China this weekend where it didn’t have a giant footprint thanks to a lot of local competition, but did rank No. 2 on Sunday there despite being No. 5 for the overall frame. In the Middle Kingdom, the take was $3.9M on 4,900 screens. For comps sake, that’s 38% above The Peanuts Movie which ended its run at $5.7M.

France was a new hub with $1.85M on 544 screens, ranking No. 4 and coming in 19% over Mr Peabody And Sherman, 42% ahead of The Lorax and Storks, 95% bigger than The Emoji Movie and more than triple Captain Underpants.

Universal’s spy spoof is closing in on $100M at the international box office, just as it closes in on its domestic release next week. With a $9.8M weekend in 57 markets, the total offshore is now $96M. Brazil and Japan are the overseas majors still to come.

Rowan Atkinson’s bumbling anti-007 was No. 1 in its four openings this session, including a $2.4M start in Germany at 645 sites. It’s tracking above Central Intelligence and Kingsman: The Secret Service in the market.

GOOSEBUMPS 2: HAUNTED HALLOWEEN
Sony’s family movie Goosebumps 2: Haunted Halloween put $6.2M in the treat bag this weekend. On 3,300+ screens in 24 markets, the international cume is now $11.1M. The Ari Sandel-directed pic is in staggered release, notably opening in the UK this frame with $3.1M including previews and on 678 screens. Coming next are France, Australia, Germany and Spain this week.

THE SPY WHO DUMPED ME
Debuting at No. 2 in China this weekend, Lionsgate’s buddy comedy grossed $5.7M in the Middle Kingdom to lift the overseas total to $38.4M. China instantly becomes the film’s best market overseas, followed by the UK at $3M and Australia with just $2.6M.