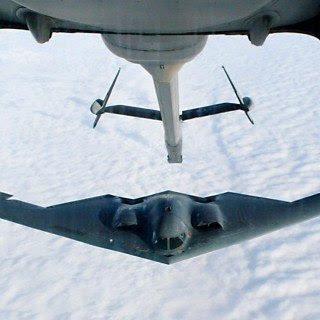 China’s subsonic stealth bomber the H-20 is making “great progress”, according to state broadcaster CCTV, and military analysts say it could make its maiden flight soon.

It is being developed as part of the PLA air force’s expanded bomber operations – combat aircraft for attacking ground and naval targets – and a broader programme of military upgrades as rivalry heats up between China and the United States over security and strategic issues, and trade.

Once it has entered service, the H-20 could be a game changer during warfare for China as it would be able to attack America’s nuclear-powered aircraft carriers.

Believed to have been in development since the early 2000s but only announced by the People’s Liberation Army in 2016, the Hong-20 is a stealth aircraft with a maximum take-off weight of at least 200 tonnes and payload of up to 45 tonnes.

It will be able to carry nuclear weapons and is expected to fly at subsonic speeds, and it could potentially unleash four powerful stealth or hypersonic cruise missiles.

Its cruising distance was estimated at more than 8,500km (5,280 miles) by the US Department of Defence in its report on Chinese military developments [1] released in August. But other military experts have put the distance at more than 12,000km, which would mean Hawaii would be within striking range.

What about America’s B-2?

The B-2 heavy penetration strategic bomber can deploy both conventional and thermonuclear weapons, such as 16 1,100kg (2,400lb) nuclear bombs.

Why is the H-20 significant?

China needs a long-range strategic bomber so that its air force can attack further out into the Pacific Ocean.

The air force defines these bombers as being able to carry more than 10 tonnes of air-to-ground munitions and with a minimum range of 8,000km without refuelling, according to state media.

A long-range strategic bomber would give China the ability to penetrate the “second island chain” – the islands further east in the Pacific, including the US territory of Guam.

State media reports have said that if China can strike the so-called second island chain, it would stop foreign militaries from intervening in the event of a crisis or conflict.

Analysts say China’s aim with the new bomber is to break America’s military advantage in the western Pacific, and they expect the H-20 could enter service by 2025.