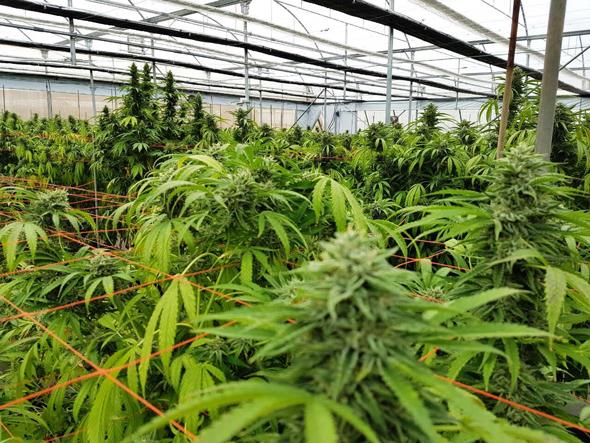 Treatment with cannabis can relieve symptoms and improve quality of life in individuals with Crohn’s disease even though it has no impact on gut inflammation, according to new research presented at a conference recently.

The study is the first to show, contrary to medical opinion, that the beneficial effect of cannabis on Crohn’s disease is not the result of alleviating the gut inflammation that characterizes the condition.

“We know,” says study leader Dr. Timna Naftali, who is a gastroenterology specialist at Tel Aviv University’s Meir Hospital and Kupat Holim Clinic in Israel, “that cannabinoids can have profound anti-inflammatory effects, but this study indicates that the improvement in symptoms may not be related to these anti-inflammatory properties.”

Crohn’s disease is a severe type of inflammatory bowel disease (IBD), a long-term condition that affects around 1.6 million people in the United States.

In IBD, the immune system attacks tissue in the gastrointestinal tract, or gut, causing inflammation.

In the case of Crohn’s disease, the inflammation can occur in any part of the gut between the mouth and the anus.

The symptoms vary from person to person and can have a significant impact on quality of life. They include but are not limited to constant diarrhea, bleeding, constipation, pain and cramps in the abdomen, feeling an urgent need to go to the bathroom, and a sensation that the bowels have not emptied properly.

Other symptoms of IBD, such as fatigue, appetite loss, weight loss, fever, and sweating at night, can accompany these.

Another major type of IBD is ulcerative colitis, which mainly affects the colon or large intestine.

People have used cannabis, or marijuana, for medicinal purposes for thousands of years.

The plant contains chemicals called cannabinoids that have specific effects in different parts of the body, including the immune system, the brain, and the rest of the central nervous system.

The cannabinoids bind to cell receptors, or proteins, that receive signals that have specific effects inside cells.

It is not easy for scientists to study the medicinal properties of cannabis because of legal constraints. Also, the concentrations of the psychoactive compounds in the plant vary widely.

In the U.S., however, regulators are starting to ease restrictions on cannabis to allow more research to be done. Also, more and more states are legalizing its medical use.

Although the Food and Drug Administration (FDA) have not approved the use of cannabis as a medical treatment, they have approved the use of specific cannabinoids. These include nabilone and dronabinol, which some clinicians use to treat side effects related to cancer.

Dr. Naftali says that “many people with Crohn’s disease use cannabis regularly to relieve their symptoms.”

Doctors and scientists have always assumed that the relief was the result of some anti-inflammatory effect, and so Dr. Naftali and her colleagues decided to investigate this further.

They studied 46 people whose Crohn’s disease was moderately severe by randomly assigning them to two groups that received an 8-week treatment.

In one group, the treatment consisted of cannabis oil, comprising 4 percent tetrahydrocannabinol and 15 percent cannabidiol. The other group took a placebo.

The scientists used assessment tools that have been validated for research purposes to measure quality of life and severity of symptoms. They assessed gut inflammation by means of endoscopic exams and markers in blood and stool samples.

After the treatment, there was a significant reduction in Crohn’s disease symptoms in the cannabis oil group compared with the placebo group.

The results showed that 65 percent of the cannabis oil group met “strict criteria for clinical remission” of Crohn’s disease, compared with only 35 percent of the placebo group.

The group that received the cannabis oil also showed meaningful improvements in measures of life quality, compared with the group that was given the placebo treatment.

No reduction in inflammation

The investigators have seen measurable improvements in symptoms of Crohn’s disease through the use of cannabis before.

Dr. Naftali notes that the findings support the idea that the system of receptors in the body that bind to cannabinoids — the endocannabinoid system — could be targeted for treatment in gastrointestinal diseases such as Crohn’s.

Dr. Naftali and her team are already planning to look more closely at the anti-inflammatory effects of cannabis on IBD.

“For now, however, we can only consider medicinal cannabis as an alternative or additional intervention that provides temporary symptom relief for some people with Crohn’s disease.”