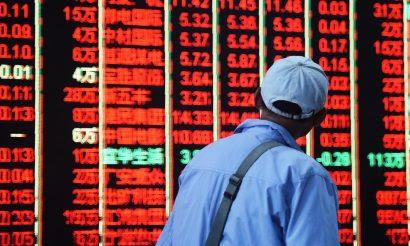 It is all about restoring confidence. In the past 48 hours, President Xi Jinping and his economic tsar Liu He have again outlined plans to shore up China’s slowing economy and embattled equity markets, which have been ravished by the United States trade war.

On Monday, it appeared to work.

Shanghai and Shenzhen jumped more than 4% after Friday’s significant gains with government-backed funds, known as the National Team, reportedly pumping in liquidity.

Before the two-day rally, mainland markets had fallen to levels not seen since 2015 with nearly $3 trillion wiped off the  Shanghai Composite Index in the past nine months.

“You see a rebound today, but does it mean that the markets have turned a corner? I’m not sure. I don’t think so,” Vasu Menon, the vice-president of group wealth management at OCBC Bank, which is based in Singapore, said.

During a flurry of activity at the weekend, Xi again waded into the row regarding the slowdown in pro-business policies, which have helped transform the country.

Published on Sunday by the government’s official news agency Xinhua, the president’s open letter to the private sector was succinct and “unwavering.”

“Any words or acts to negate or weaken the private economy are wrong,” he wrote. “It is always a policy of the Central Committee of the Communist Party to support private business development, and this will be unwavering.”

It was the second time in less than a month that Xi had offered comforting words to private businesses after making a similar speech during a visit to China National Petroleum Corporation, one of the ‘big beasts’ of the state-owned enterprise jungle.

Yet during that trip, he also called for a strong SOE sector, which tends to hog investment from China’s leading banks and government agencies.

In the past few months, there have been concerns about China’s lack of progress in economic liberalization.

Moreover, the private sector has been hit hard by the trade war, as well as the squeeze on financing, Li Yang, the former deputy head of the Chinese Academy of Social Sciences, stressed.

“Many cannot survive amid this de facto discrimination [with SOEs],” Li told the influential Chinese Economists 50 Forum, which was attended by entrepreneurs, economists and government officials, including Vice-Minister Liu, at the Diaoyutai State Guesthouse in Beijing, earlier this month.

The clampdown on credit as part of the broader onslaught against rising local government and corporate debt has been particularly severe for small companies struggling to obtain funding.

Liu reiterated on Friday that Beijing would help small- and medium-sized private firms which are struggling to stay afloat.

“It is necessary to further support the development of small- and midsize enterprises in reducing the burden of taxes and fees, solving financing problems, improving environmental protection, and improving technological innovation capabilities,” he told a media conference.

Just 36 hours later, Liu chaired the Financial Stability and Development Committee. It was the 10th time in two months that the financial regulatory body had been convened.

Run by the State Council or de facto cabinet, the FSDC again put “preventing and resolving financial risks” on top of its agenda, a government statement confirmed.

“One of Beijing’s top priorities for this year was deleveraging, but that policy has shifted gradually because there are more serious problems,” Xu Jianwei, a senior economist at Natixis, a major French bank, told the Chinese media.

“If deleveraging continues, many Chinese companies may die in the process. But if deleveraging slows down, the financial risks will continue to pile up. So regulators are very worried, and I don’t think they have found a particularly good way out of it,” Xu added.

Last week, a report released by one of the “Big Three” credit rating agencies, S&P Global, painted a vivid picture of a financial disaster in the world’s second-largest economy.

“The extent of off-balance-sheet borrowing among local governments isn’t known, but could be as high as 40 trillion renminbi (US$5.78 trillion),” S&P Global Ratings stated. “That’s a debt iceberg with titanic credit risks.”

Restoring confidence in the long-term might involve more than a stock market bounce.